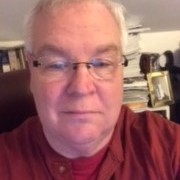 @masterblaster
Give one to Bill Cassidy.
Deserves two.

@masterblaster
How gracefully the leftists eased into dictatorial powers was not lost on our masked up selves.
They reveled in telling US what was not allowed during this pandemic of questionable origins.
The more we learned the less we felt many things were said & done in our best interests.

Conspicuous by its absence, of course, is any reference to how the rank and file responded to the increase. Perhaps that’s because the union leadership — which describes itself on its own website as a “member-driven organization, based on democratic principles,” couldn’t be bothered to ask permission before approving the higher dues deduction or solicit feedback afterward.

Buried under a mountain of meticulously arranged compost, however, the announcement yields several nuggets of information unflattering to Big Labor in general and AFL-CIO in particular.

For starters, the Bloomberg story explains that the AFL-CIO executive board voted to raise its per-capita monthly membership fees starting in January, with a second increase to be phased in later.

Like everything it does, the union’s only motivation for the move was an insatiable appetite for more and more of someone else’s money, with which to line the pockets of its leaders and corrupt politicians who pass laws keeping the whole dirty enterprise legal.

AFL-CIO, the country’s largest labor union, voted in mid-October to hike union membership dues for the first time in 17 years in what its leaders are calling an all-in effort to recruit one million new members.

Bloomberg Law reported the union anticipates the hike in dues will raise $10 million per year from AFL-CIO’s 12 million members in 58 affiliated locals.

Oh no! This one hurts. Hector was awesome. Drop, Hector, and myself had some fun times. He will be missed. 😢

I was afraid of that. I sent him a few messages, and when I didn't get a response, I worried that something had happened. RIP Hector. He welcomed all newcomers with a special salute. God Bless Him. ❤️

Can't be true. They're still running the City.

@DeWalt —I don’t agree with this article at all.

Had the same Bleeding Heart Liberals not gotten the mental health facilities shut down in the first place over half a century ago, NYC or San Francisco wouldn’t be the 💩-holes they currently are.

They don't bother me none...

By the way, they can steal my culture any time.

@dannydeurbina: "Imagine having to isolate with Hillary Clinton. [screenshot]"

What are they going for in the secondary market?