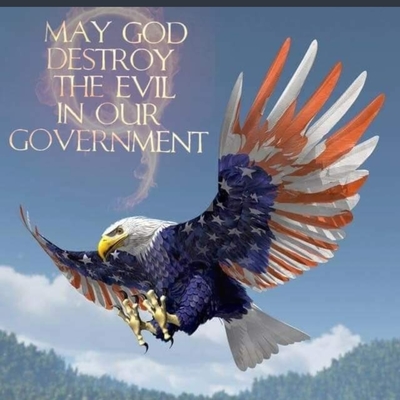 They’ve gone undercover..... Hillary as a bedspread and Bill as a zombie.

Just laugh at them. Us turning into them only makes them happy. Mocking them pisses them off royally.

Only trying to point out how their TDS makes them want a different set of rules for our President (and us) then what they are willing to do themselves.

I serously doubt they would ever agree to this and even bringing it up would put a spotlight on another case of their extreme TDS bias and double standards.

Getting so tired of their recycled whining. Time for them to put up or shut up. 🙄

@RonOgletree @kbrendell
Gee, like I did not see that coming. You apply that standard to one public official, it applies to everybody including Democrats.

@kbrendell @Flightcrew Someone in the comments said she was an off-duty policewoman in Brazil. Doesn't make it any less badass. She probably DOES support Trump, since the Brazilians decisively voted for Trump-loving Bolsonaro.

Once you cede anything to them, they will write new laws excluding themselves.

We cannot become them!

I don't have CC, I need to get it. I have that kind of bravery, it is in my DNA.

Exactly . Look at how they treat line item veto

Bunnies are naturally very curious. Anything new has to be checked out and usually chinned multiple times. Secret usually is to avoid sudden moves, loud noises, or shadows from something moving above them.

These little ones are adorable, long time since my cottontails were that small. For bunnies born in the wild, they acclimated quite well to house living and became just as demanding as domestic ones. 😁

I have to say, if Judge Joe Brown said this about President Trump, it's gospel. I have seen him on a few interviews where he's said this. If' Trump is a racist, I'm Queen Elizabeth.

If they want to demand President Trump's returns then it should apply to every Presidential candidate as well as those who are now or could be in line as backups.

Let's see pelosi's returns as well as biden and whatever VP choice he comes up with.

And while we're at it, to be fair, ALL elected officials should release their returns before, during, and after election. Lets see how they become millionaires on their official salaries.

I Will Bet That This Woman Is a Trump Supporter!

Honestly, I think I can't love my President any more, and then I see this...

Some black entrepreneurs struggling to get finance in the 80s & 90s went to @realDonaldTrump who gave AND forgave their loans! INCREDIBLE! 😮❤️🇺🇸 @JudgeJoeBrownTV