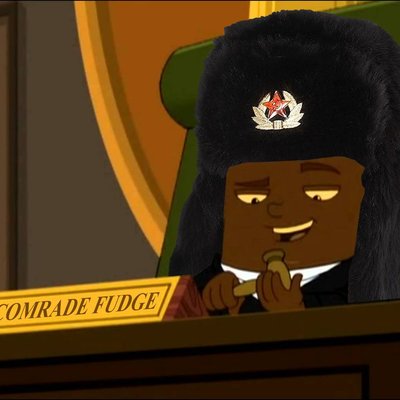 Within 2 years we'll see news articles about a Chinese 'abrams killer'. Within 4 we'll see news articles about Chinese jets that can outdo ours. All entirely theoretical, all written by people who are financially incentivized to convince people that China is an existential threat, and about equipment demanded by, designed by, tested by, and wielded by people who either paid bribes or were paid bribes.

GRAFT DOES NOT A FUNCTIONAL ARMY MAKE.

3 YEARS AGO, AND THIS IS JUST THE ONE THEY ADMITTED TO.

The only real weapons test that matters is the one that happens in actual combat.

China has never had any such weapons test.

They have an entirely theoretical army using equipment dating back to the cold war that they're trying to update with homegrown designs that are themselves entirely theoretical and being demanded by, designed by, and tested by people who are being paid to rubber stamp the entire process, put into the hands of people who had to pay bribes just to get enlisted PERIOD.

I want to bring up this video. Yes, its on a fictional game setting. Yes, it is long as fuck, only the first 30 or so minutes matters where he's giving some backstory before he launches into the main lecture/topic of the video.

But he brings up a fantastic point:

Funny story: You know how you get into the Chinese military? No, it's not a matter of simply signing up, China doesn't have an all-volunteer force at all actually despite what they may otherwise claim.

You have to pay bribes to get into the military.

Want to know how you get promoted in the Chinese military?

Dollar bills yo. Or I guess yuan. But dollar bills probably go a whole lot further.

And the same people who were calling Russia's Armata tank the 'Abrams-killer' (Which is it not, and there are less than 100 of them which exist, much less actually fucking deployed in a combat role) are now screeching "OMG CHINA IS GOING TO KILL US ALL quick pay my think tank millions of dollars to justify your next weapons program thanks."

China is a threat to itself, and every time they injure themselves up Wile-E-Coyote style, the reverberations across the world are felt. I'm still feeling them. Fuck the supply chain crisis. It's sitll happening btw. The Biden admin is a piece of shit for saying otherwise.

But now, um, I guess Winnie the Xi is telling China to modernize its military by 2035? Which is hilarious to me, because they were allegedly already modernized, but now it's for real this time!

That's not to say China isn't a threat. I mean, they are. China's hygeinic standards, safety standards, and general polluted hellscape makes me fully believe that the Wushu Achoo could very well have been naturally occurring. I get it, we all want to believe it was the perfect weapon for killing a bunch of elderly and asthmatic people, but- seriously. China is a fucking petri dish of disgusting habits.

See, now that Russia has somehow recreated World War 1 conditions in Ukraine, which was not on my 2022 bingo card so congrats for surprising me Peetin, the talking heads that scare us into believing the west still has existential threats in the world have to pivot to a new adversary: CHINA!

You could post the entire works of Nostradamus as a tweet thread, and you would have people that mindlessly like and retweet what you wrote, responses that are absolute non sequiturs, responses that's are very unsubtle and braindead qtard dogwhistle, a retweet from someone trying to bring a hate mob down on you, and 3 years later have someone try to dox you and cancel you for it, and ZERO PEOPLE GETTING THE FUCKING JOKE.

I say this as the one motherfucker out of the original Conservative Twitter Intelligentsia that WASNT banned from Twitter. EVERYONE is better off for it. Maybe not the ones that migrated to Parlor, but we don't talk about those. Parlor is a dark and terrible place, like the hyena den from Lion King but with more feces and racist graffiti.

Now, we're being, what, enticed? Encouraged? To go back to TWITTER?

I could care less if Voodoo Zombie Lenin, Che Guevara with a groucho marx glasses nose and moustache, obama, and Mao's one dog he didn't eat during the great famine were the ones running Twitter. Anyone running Twitter will eventually go mad from being witness to the unfiltered dumbfuckery that is society. Why do I care who runs it or what the fuck they say? We're free from Twitter. FREE FROM THE MADNESS!

AND HERE'S THE WORST PART:

Twitter didn't fucking matter until 2016. Seriously. Until then it was just a madhouse. All the tweets people were cancelled over is proof of that; Twitter was, until 2016, a place for the insane and the cardboard eaters. My cat eats cardboard. He is an idiot. He would be perfect on Twitter. I'm not allowing him to have an account though because I'm worried somehow exposure to Twitter will make him dumber.

The loud fart, in many cases, is some carefully cultivated, thought over, then chewed on, spat out, buried, unburied, used as fertilizer, eaten, and shat out blurb, a process that encompasses modern political philosophy.

I see a lot of people in places outside of Twitter making a bunch of noise about 'ERMAGERD SOME EXEC SAID TWITTER IS NOT FOR FREE SPEECH!'

Well... no shit. It never was. It was a self-aggrandizing soap box for people to be as fucking dumb as they wanted.

Alright, breaking my silence on Twitter, because fuck it.

I quit Twitter because Twitter fosters a special kind of dumb. The kind of dumb that occurs when people believe simultaneously that 1) everything said on Twitter matters, and 2) that their own opinions matter.

Almost universally, the ‘far right’ parties that are going up against conservative parties made room for far-left parties to take over European parliaments, at which point the far right either fucked off to irrelevance or joined the new parliament coalitions.

What matters is this:

Some of the WORST IDEAS in a group, be it a social media circle, a political party, etc all can be traced back to the first idiot to say something stupid, and it being repeated until everyone believes it as reality because that's what they've heard the most.

Want to fight this effect?

Review, analyze, and then react based on facts, not how many times you fucking heard it.

Politicians, sitting members on school boards, etc, all see people saying this, and go, "Wow, this critical race theory must be hot stuff!"

And that's how you get one of the Democrat party platforms.

Now apply this concept of First Follower and Megaphone in a Crowd in a toxic cocktail of brain damage to a wider concept. Like the Democrats. Or Qtards.

Someone says something stupid, like, i dunno, "Critical Race Theory should be taught in all schools." They say it on social media. Someone else sees that, and says it too. People see multiple people saying that, so it must be right, so they say it too.