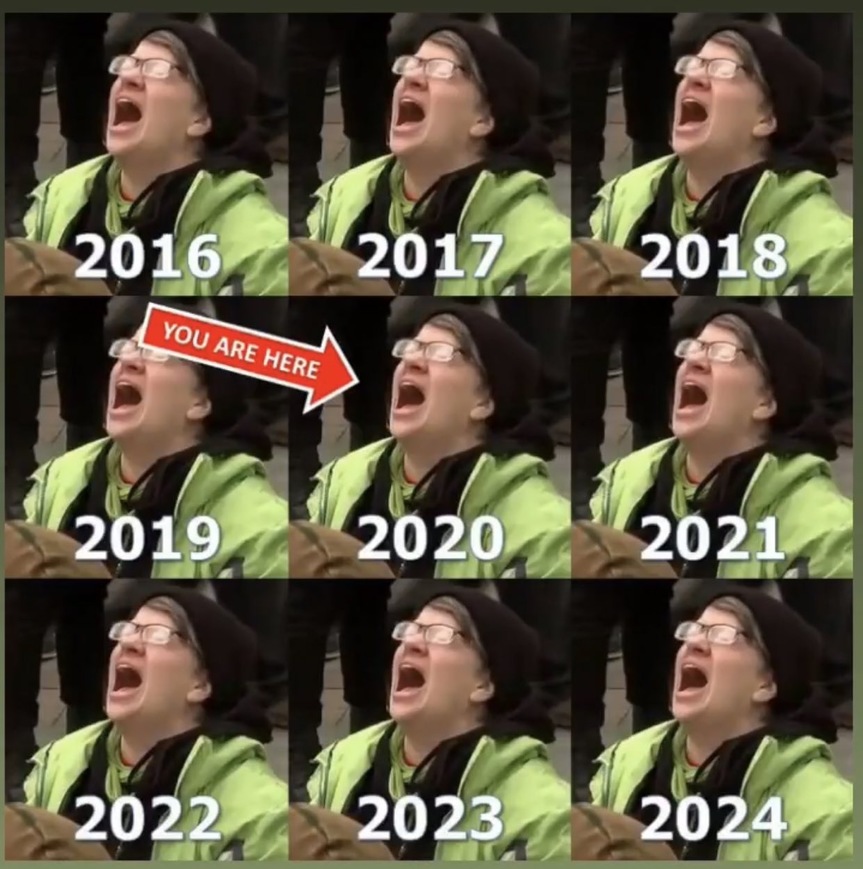 Going to leave this right here, this is where I stand:

Us: "THE ELECTION WAS STOLEN BY FRAUD!"

Conservative Inc.: "Make sure you get out and vote in 2022, we can't let Biden force gun owners to pay $200 tax stamps for owning semi-autos. We feel $150 is a fair number. CALL YOUR CONGRESSPERSONS!"

The Endgame for Blue State Tyrants...Biden Presidency means a bailout.

I'm going to pay for California and IL bureaucrats to keep their jobs, after they packed small businesses and others into the poorhouse.

I'm a peon. I guess I should be thankful I'm not standing behind a stinking oxen, plowing my field so I can give 60% of my crops to my feudal overlord or be tossed off "his" lands.

There is a simmering rage across this country, and it is building.

COMING TO AMERICA (NOT THE MOVIE)

At what point are we going to hear "a few rogue election workers changed/destroyed ballots" from the media and other like slime?

Over 400 women were murdered by #Iran's security forces during the November 2019 uprising that took over the country last year.

These ballless wonders don't understand that if we gave up NOW, we will never win another election again.

F him and his shithole city.
I don't care if he throws every New YOrker into Riker's.

You would not be able to drag my corpse across New York's borders. My vengeful spirit would hold it back.

Try doing this to me, motherfuckers.

This guy on YT has some GREAT recipes. Give him a try.

Win or Lose, Trump has dragged our enemies into the light.

Should he ascend to POTUS, he will face a massive non-compliance that will be unlike anything our nation has seen.

The federal govt. will be ignored, and in some cases thwarted by armed STATE govt. resistance.

His reclass of common guns into machine guns via BATFE letter will be the first.

"THESE are the times that try men's souls. The summer soldier and the sunshine patriot will, in this crisis, shrink from the service of their country; but he that stands it now, deserves the love and thanks of man and woman.
...
What we obtain too cheap, we esteem too lightly: it is dearness only that gives every thing its value. Heaven knows how to put a proper price upon its goods; and it would be strange indeed if so celestial an article as FREEDOM should not be highly rated."
Thomas Paine

Martha Raddatz looks like she's about to burst into uncontrollable sobbing at any moment. All the time.

GOOD. BURN IT ALL TO THE GROUND, PISS ON THE ASHES, AND SALT THE EARTH.

I have zero faith in SCOTUS to throw out the votes that are plainly illegitimate and void certain elections.

There is a powderkeg being built. Democrats do not think it will go off. So smug in their arrogance.

They will find out.