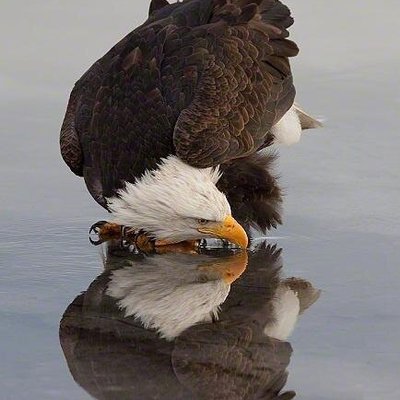 Research
Anything that interests me

American Patriot for Trump
Ohio, "The Heart Of It All!"

Not a believer in or a proponent of "Q" only unity!

I realize this has been tooted before but it bares repeating;

That will be Biden's legacy.

It was a pandemic utilized to gain political power. No one should forgive the Democrats for what they did to this nation, NO ONE!

Now We’ve Got Them Right Where We Want Them

This explains everything. All will be well between now and early March.

@Mikkall I'm not sure I agree with the 3.5 year thing unless God ordains lessons to be learned. That being said I appreciate your take on it. I agree with self improvement but in the end it's wisdom we should seek. Seeing things as they are.

@charlotte1958 The foundation of our country is LIFE. If you have no life you have no need of liberty and happiness. Peeps thinks it's politics only. It is not. Why would the good Lord bless us when we don't bless His Will.

@charlotte1958 I started on Twits becuz of pro-life. Clergy silent or even rebellious. I was hesitant to vote for Trump but I found my may thru Pence. Then I saw what Trump did related to abortion. The only President I remember to do so. Be4 him, they all spoke but never did a thing. I REFUSE to believe this is over. Not based on emotion for the man but his character and love of God and those who love God with him. Nope ain't buying that this is it!

If this happens, the person ousted is not considered to have ever been President. The wrongful election is void. That’s the difference between quo warranto and impeachment. The law removes a legally sworn in President by impeachment for conduct while in office.

But the law removes an illegally sworn in person by the statutory Writ of Quo Warranto, regardless of conduct. I promised further research...

Mitch McConnell stood on the senate floor yesterday and stated Donald Trump incited violence by feeding lies to his base despite the evidence to the contrary.

And you're going to state that GOP isn't out enemy.

The GOP that let Stacey Abrams walk all over them in Georgia.

The GOP that voted for a 2nd impeachment in the house.

The GOP that supports Romney.

Good luck defending their weak rhetoric and garbage. It's current form is too cowardly to fight

@HunDriverWidow I'm sure Biden has already gave Hunter, Hillary, Comey, and Brennan thier Pardon's.
I'm literally Beyond Rage that they even swore Harris the Hoe and Lying Biden In!
It Literally Makes me feel sick to my stomach!
I hate to say it, but any hope we had on Durham delivery anything is out the door! Why bother, Biden will just pardon them anyway, after 4 years I still can't believe NOT one of them faced justice for the things they have done. We Lost Our Country and any input we had

This is a very important article from Hillsdale College Larry Arne. Please read.

I can honestly say that there has been nothing in my life I’ve wanted more than to see this corruption revealed and justice to prevail. It will be very emotional when it happens. God bless America and God bless and protect Donald Trump.

Did he not say from day one that he is giving power back to the people? And countless times thereafter he's said the same thing.

Let us not jump ship on him.

This is Poppy. Hes 96 now. He served in WW2 as a rear gunner on an SB2C Helldiver. He has led a life of integrity second to only Jesus. He has always amazed me of how honest, selfless, genuine, and generous he is. I've never in my whole life known anyone who could come close. He's part of the greatest generation. Today, I learned he may pass tonight.. He is weak. Getting pneumonia. He says he is ready. He's tired. If God puts it on your heart, please pray for him to be pain free & comforted.

I'll tell you something: He's DELIGHTED that you keep coming back! He hungers for you and your company and for your requests and for your questions!

He is in serious love with you and is ecstatic that you come to Him over and over rather than giving up.

He's promised to be that.

Just trust Him and wait on Him.

He already KNOWS we have rocks for brains and that our faith is as water. He knows we are nothing but dust.

But you know what is amazing and cool?! He loves us and likes us and yearns for our company anyway!!

He knows all of our super dark secrets and wants us anyway!

The Left in this country is feeling more powerful at this moment than it has since the 1930’s.

They believe this is their moment.

They believe they are in a position to crush their political opponents, and silence them for decades.

They are about to discover that their opponents are not so easily vanquished.

Yes I know it came from another EO, bit the new sanctions on investing in specific Chinese companies, including prohibitions on financing their operations and/or listing on US exchanges, marry up with 13848/13849.

It's causing havoc for the CCP, as well.

There is a lot we know but even more we do not know, about what is going on.

Research
Anything that interests me

American Patriot for Trump
Ohio, "The Heart Of It All!"

Not a believer in or a proponent of "Q" only unity!