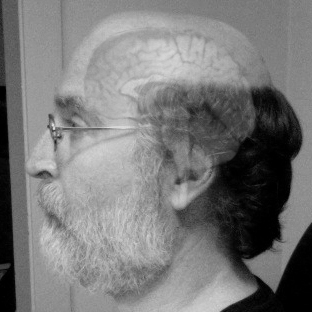 How to use this place.

Tell Saul he didn't send me the link.

He THINKS he did, but he didn't.

I've been here for ages.

The only difference is that Biden is worse off than Cash, on every possible level.

I'll end with something that caught eye.

Put EVERYTHING is the "OPEN" basket.

There's no evidence that we killed civilians.

And don't repeat the lie that we just fired missiles into the desert and lied about killing terrorists.

THAT IS A CONSPIRACY THEORY.

Trump was right about getting us the hell out.

The reason all of this is happening is that Biden BROKE THE TERMS of the deal Trump made with the Taliban, so they decided to take over the country.

We should never send ground troops back.

Only air power, and only if asked.

Thus we can see that the Taliban, the Islamic State, and the American press are coordinating their attacks on the United States.

We use tiny missiles that don't cause collateral damage. In other words, no civilians deaths or rubble.

Note that the Afghan news Agency TOLO, which bills itself as anti-Taliban, is happily taking part in smearing the US.

Biden has managed to unite all Afghans against us.

This whole this is a catastrophe.

"Relatives of the victims spent Monday at a Kabul hospital identifying remains and separating them into coffins. The 2-year-old girls, Malika and Sumaya, were among the names marked on the coffins.
At a funeral held later in the day, family members shouted 'Death to America.'"

"Relatives found the remains of one of the girls, Malika, in the rubble near their home on Monday. A family member told CNN that it was unclear whether Malika had been inside the vehicle or in the compound when the strike hit.

"'They were "an ordinary family,' a brother of the one of those killed said. "We are not ISIS or Daesh and this was a family home -- where my brothers lived with their families."

Here's the REAL site of the air strike:

The round holes in the wall are the result of the ball bearings used as shrapnel in the suicide vest or vests.

Not that no house was leveled.

Now the car-launcher video is BACK.

They took it down and then decided to put it back.

Orders from the top.

That car was a terrorist rocket launcher.

Initially Breitbart showed the video at the top of the CNN article and said the fire was the result of the US air strike.

This is why you can trust ANY media outlet.

The reports of civilians killed in the US airstrike in Kabul are FAKE NEWS.

We start with Breitbart, which already stealth-edited its piece.

No idea what THIS means:

"The Taliban are g Afghan soldiers who surrender."

I MEANT to write THIS:

"The Taliban are murdering Afghan soldiers who surrender."

In ten years of combat, you can learn everything you need to know about a country and the enemy you fight.

In other words, the Gulf Arabs already know how to defeat the Taliban.

As always, they'll give the credit to the locals.

And train the locals to fight like Gulf Arabs.

Afghanistan is not lost.

Our people didn't die for nothing.

We learned valuable lessons, and Americans learned what happens when they elect Democrats.

It may happen really quickly.

The UAE was in Afghanistan in force for ten years, but nobody knew under the Emiratis suddenly announced their presence.

These are UAE Presidential Guard in Afghanistan.

They retreated to fight another day, after we abandoned them.

That video alone has sealed the fate of the Taliban.

Now they go up against Gulf Arab strategic commandos, who will mop the earth with them.

The Saudis warned the Taliban to not dishonor the religion.

The Taliban ignored the warning.

Now the Taliban gets to die.

My guess is we got the intel from our allies, the ones now on the ground in Afghanistan.

See, the Gulf Cooperation Council could easily use the "hollowing out" strategy that it used in Syria, Yemen, and Iraq:

Muslim commandos take over terrorist groups by killing all the members.

The Taliban are g Afghan soldiers who surrender.

These men were murdered after we didn't send air support.