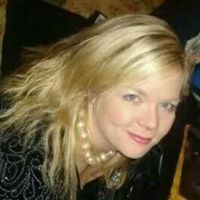 It's funny though that the clock Jefferson designed had a mechanism that was a bit too big for the space, and he had to have holes cut in the floor to let the weights drop down into the cellar.

Saul,
Have a look at the details and info on the great clock and even the weights in the hall/lobby. Wild. Jefferson was a stylish genius!

I have one question...can you let me know what your sign said in your office on Wall St.? I tried to listen again and skip thru but couldnt find it. Also loved the two neurons comment.

The show was interesting, enlightening and had some great comedy especially since unscripted. Now, I am going to go back and listen to the 1st 3 episodes. Ty.

Are you gonna get @REX on sometime? Not sure if he has a beard. Lol!

If Obama/Clinton take Bernie out, they will trigger a vicious civil war within the Democrats, on 3 fronts.

Bernie Bros vs Clinton wing vs Obama wing. All versus each other.

Remember, Obama and Clinton also despise each other. This isn't just a Bernie vs Obama / Clinton fight.

But back to what happens if the Obamas make a play.

Trump will destroy them. More than anyone else, Obama is #1 on Trump's enemies list.

What's being revealed about corruption under Obama is UNPRECEDENTED.

SURPRISE. It all goes back to O emails...patience is a virtue.

Trump retweeted this not long ago.

What is more genius than Trump days ago stating 52 target package to Iran representing the 52 hostages from 1979-81!

How about Trump hoping Kim Jung Un's Xmas surprise would be a vase!

I am not going to even mention the impeachment joke or the Dem candidates!

So much more interested in politics since The Donald arrived!

4. POTUS Trump's plan is to destroy the Clinton/Obama Democratic Party.

There's no doubt he will succeed.

Anyone reasonably informed can see how much trouble the Dems are in. FakeNews can't save them.

This is BAD for the Dems. Worst it's ever been.

And there is NOTHING they can do about it.

I see that @ThomasWic just did an amazing thread on these issues.

The demonizing of Psych Hospitals in the 1960s and 70s was one of the worst frauds ever perpetuated on the American People.

How can I not be the proudest papa?

The return of Jeff Sessions is a sign that things are about to get very real for the enemies of the Republic. And not in a good way for them, either.

My prediction? Sessions will be revealed as a hero by the time the elections come around. By then, his role in taking down these seditious bastards will be crystal clear.

And if the lefturds think Sessions return is bad, just wait until Trump appoints Gen Flynn to Chair the Joint Chiefs of Staff (or equivalent).

Tulsi is not very intelligent.

Like Obama, she learned to con others into thinking she's intelligent, but if she were shown what's actually happening in Syria, her head would explode.

She's too limited to grasp it.

Nope. Not even close. There's nobody left to avenge that POS.

Our good friend and fellow Quod Andrea @SilverBlades17 is giving away copies of "Field of Fight", for free, to support your defense fund.

How about we help her get those copies signed?

@ThomasWic
This success underscores the importance of our continued D-ISIS mission in Syria and our determination to continue working with our partners in the Global Coalition to pursue ISIS wherever they may be, and ensuring its enduring defeat.