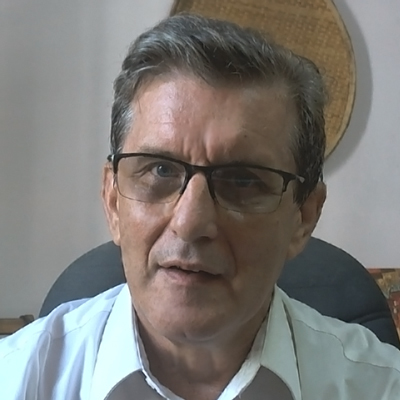 Look, we have been saying for years that these lunatics will eventually resort to murder for their great God Barrack.

That is what this is all about.

It's the DEATH of Obama's movement of liberal progressivism - which is nothing more than totalitarianism under a new mask.

They KNOW they are defeated.

Now they're going to intensify their violence, killing and lying to new levels.

Trump's revenge will be biblical.

Obama could end this right now. He knows it, but doesn't care.

Trump has him by the cojones.

Obama is a truly evil human being. I've said for a long time that the man deserves Gitmo or the death penalty, for what he has done.

One can only hope that DJT will deliver.

Obama's greatest crime - with his thugs - was to send many children insane with his ideology of hatred and division.

From the start, his aim was to destroy the American Republic.

And a sleeping population let him go all the way to the White House.

He failed. But he's not going quietly into the night.

That's what none of them get.

This is how effective Trump was in 2016. He got people who never voted before to vote. He's doing that again.

Nate Silver and NRO people think that Trump can't win because there are fewer undecideds who they believe pushed him for the win in 2016.

Election night will be delicious.

Mugshots of the 18 arrested in Portland. Note the public school teachers.

You may not believe it but in #Iran under the mullahs' rule state-run companies manufacture automobile truck air filters using bean cans.

"It even has a Health Ministry label on it," one man says.

Woman does not hold back. She totally trashes the MLB.

They need to cancel Black Lives Matter. It's nothing more than Karl Marx in blackface.

The notifications from Fox News about this attorney that’s just got fired. 🥶🥶🥶

Shot:
Can't wipe the smile off my face, knowing that Twitter will soon be in the tar pits with ancient MySpace.

I am done reading @SidneyPowell 's answer to the absurdities alleged in John Gleeson's "amicus" brief.

The more I read, the more I believe people should rot in jail for what they have done in this case.

Stuff damn near knocked me out of my chair...

@barrsniffsatjejuneanalysis what was it H.L. Mencken said? Democracy is the theory that the people should get what they want good and hard?

Oh snap. Man takes medical staff to task while they are protesting for BLM. Watch the lady who kneels for him at first. This is GOOD.

It reminded me of McMurphy in One Flew Over The Cuckoo's Nest when he learned that ALL the patients in his group therapy session (save him) were self-committed. Could leave any time they wanted to.

Had a dystopian dream about wandering at night through ChazChop.

Couldn't call it a nightmare because there was nothing personally frightening about it to me. It was just depressing. And I was fascinated.

It was like Plato's cave, only with garbage and graffiti.

Unlike Plato's cave, nobody there was in physical chains. All were happy to be there.

Despite the fact that they had come there from the outside, the shadows on the walls were the only outside reality they believed.