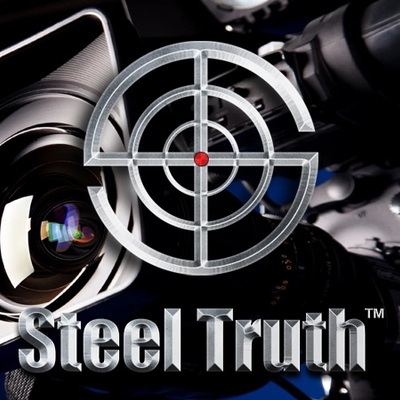 How soon will president Trump & his inner circle, including the so-called public health experts, admit we’ve been led on a snipe hunt with grievous consequences?

How COVID19 is transforming America - A sanitized dictatorship?

A review of how we got here...

What does that mean for the 2020 presidential election?

For those who have had it with #Crooked-loving never-treated a patient #DeepState Fauci ---(as, evidently, so has Peter Navarro)

Our governor , John Bel Obama swears he wasn't told about this, that's why he says we let Mardi Gras happen. Two things, virus of not , it was going to happen.Secondly, one of his fellow Governors called him out on it , saying that was the main topic of conversation.
Some short memories here have forgotten he jumped on gun control. guess he forgot what state he is governor of and this isn't New York. .

Had wrong link... had to delete and repost! Thank you

ICYMI....This is a must listen to
interview!

Referred to by Roseanne Barr,
Juan O Savin is a wealth of intellect, calm, and positive outlook from a global perspective for what is going on RIGHT NOW.

Interesting presser today. Looks like the admin is going after the muscle of the DeepState. The cartels control the networks and are a cash cow in moving people, weapons and drugs. They finance the DeepState. Great to see the plan coming together.

Interesting presser today. Looks like the admin is going after the muscle of the DeepState. The cartels control the networks and are a cash cow in moving people, weapons and drugs. They finance the DeepState. Great to see the plan coming together.

Is EMP and CyberWar the next threats incoming from China?

Hope all are finding the joy in spending more time with family... I know I am... and I just launched one into the Navy today.. 🙂
And yes we are PROUD!

With unlimited QE from The Fed, it would appear that President Trump means to devalue the dollar to the point the Fed can not exist. By replacing the Fed Reserve Note with constitutional money (Treasury Notes), we wipe out all illegally begotten off shore monies. We get a 1:1 exchange and debt wiped out. America will emerge stronger.

Everyone keep pushing this to the top all day. Post it on social media too! Keep their phone lines tied up 24/7.

Saul, we need to discuss the following; OIL
It seems that the Saudis may be listening to POTUS and dropping the price of oil to help bankrupt the Russians. After all they keep selling arms to Iran. Since Iran is in such disarray with the virus, perhaps all the Saudis or Israelis need to do is bomb Iran oil production to stop 4M barrels/day there. That will neutralize the over supply. Thoughts? @Debradelai

Get the latest on ways to support our #Veterans and how Companies like VFT Solutions are battling #Disinformation on Social Media.

See Livestreams from Prisons...how are they doing that?

Apologies for absence. Went to DC for a week, then CPAC And then was sickened with the Flu upon my return. Been one week home catching up just trying to pump out content. I'm Baaaaackkk and I voted today for President Trump in Florida. #KAG2020

McCabe is being reeled into the artillery range....

All these people believe they're gonna skate.
I don't think so.

Excellent show this evening Ann.
It's really great getting more pieces of the puzzle.

I also wanted to say how delightful it is, You sharing your show here on QV TV.