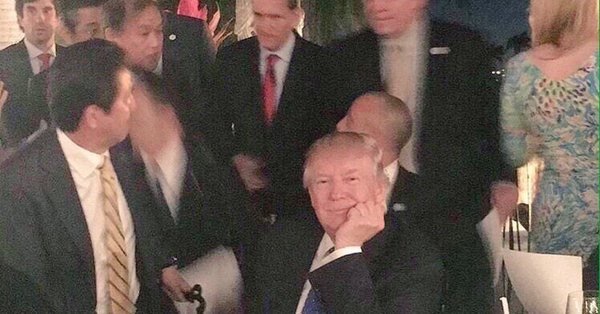 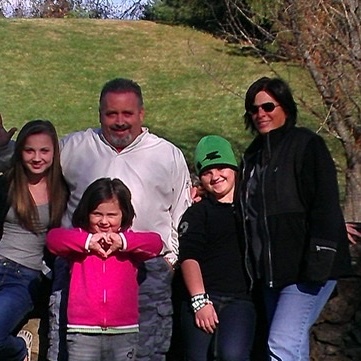 Just a woman who loves her Country and is willing to fight for her with all her might.

Before and after photos of the chicken I threw in the crockpot today. Can’t wait to try it!

There's no way it's not intended as a double middle finger flash at conservatives.

The political dance is still PDJT to show his power as we descend into the chaos of pre-election positioning.
Now, who in the Republican realm can take on PDJT in the primary race & win?? No one.
Force a candidate to the front & you lose quick.
Repubs need Trump.
They hate him but he is the guy.
Eff the GOP establishment.
They either make peace with Trump or lose the whole banana.
I hate the entire RINO idiots & they think they hate PDJT.
W/o him they cannot win.
Go on you jackasses, lose.

USA Ray
@RayLong83172261
·
17h
My wife has been leaving jewelery flyers laying around the house.
That makes Christmas shopping easy.
I'm going to get her a magazine rack.

1) Catturd ™
@catturd2
LOL - a picture is worth a thousand words.

MTG has got it exactly right. It's almost like the Republican establishment wanted to lose. They don't have to do anything in the Senate. They can blame everything on Trump. #EndTheUniparty

@SpiceOfOurLife
PDJT did everything he could to quell the regulars, even hiring the likes of Bolton, Barr & others to work with them. All he got in return was more backstabbing.
A much wiser man approaches this '24 run where he has flushed most of the GOP rotten birds out of the bush. Trump has a firm base no one else in the GOP can match. Either the powers in the GOP work with him or plan to see a Dimm hold on the Executive. Instead of quietly building they have chosen to loudly tear down.

A full statement from Lee Zeldin on why he's bowing out.

The School board president called me yesterday. We had a short but interesting conversation.

Nobody calls me "out of the blue" without reason or an ask. I will follow up with him in person on Thursday. 🤔

@Stacie
I have three daughters and Americal Girls for each one....thankfully they are grown now but this whole mess is just wrong.

So sad. My daughter had Samantha and all the stuff that came with her.

"Clinton's deeds may have been born of ignorance, the FBI director noted. He said Clinton was not "sophisticated" in the handling of classified information, and may not have recognized the symbol in her emails designating classified materials."

@DTPrez @Give_Me_Liberty @Mnorman
If I’m not cooking from the heart it doesn’t come out good.
I know because there have been times.

I’m curious, with all the guys in Hollywood who may have taken advantage of women and/or men, be it producers, actors, directors, etc.. Do you know why they keep going after Cosby? someone once told me it’s because he was pro the black American. family.

@Debradelai @Lolosmom
Excerpt from his "pound cake" speech that sent people into a frenzy.

Violent Night was a surprisingly good film. The plot was fairly obvious but enjoyable. I liked this portrayal of Santa and his journey. The other characters were fine. The film is maybe a tad too long, but only feels maybe 5-10 minutes too long.
I was stunned at the wholesome-ish (???) ending.
Also, no political BS adds a Plus.

Violent Night is a B+ if seeing near Xmas on a Tuesday. I wouldn't mind a Sequal about how this Santa came to be.

Mark Judge shares his recollection of Avenatti following his sentencing. Mark provides personal testimonial of the opposition researchers inflicting collateral damage during the Kavanaugh confirmation process and does speculate about collusion between Avenatti and Ford.

Just a woman who loves her Country and is willing to fight for her with all her might.