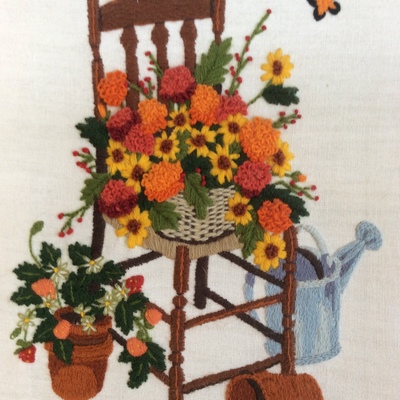 There are, to be sure, numerous instances of misconduct and error in addition to this, but this is the key issue.

There's a Order filing today for Gen Flynn but I keep getting an error code on the filing to obtain a copy.

It appears that there is a reschedule for hearing to February 27th.

This is all I've been able to pick up as of yet. Will report more when I can get my hands on the Order.

@SidneyPowell has a great new site, it's both clever and informative. And there are tee shirts!
Go, read, buy.
#GoodStuff

For you Quods interested in climate topics, this article has some interesting insights on wildfires, CO2, wind power and other “sustainable” energy sources.

The wall is going up—and illegal immigration is down for the seventh straight month!

America is safer, stronger, and more secure under President @realDonaldTrump!

4. I admit that I really believed that this country's government was beyond reproach for most of my 70 years. I was very naive. I had no idea what was going on. I am horrified to see what has gone on and I truly hope our President can do what he says he can and get this great country straightened out and that the many traitors are held accountable for the treason they have committed.

I will keep supporting Quod Verum financially and believe it is the best social media group on the web.

Thank you all for your support of General Flynn and our family... We are in the fight of our lives for the next couple of weeks.. stand strong with us ... we would love to see thousands of Patriots at the courthouse on Jan 28 in DC rallying for justice. Thank you @Debradelai for your friendship throughout this nightmare!

Iran admitting their "mistake" in shooting down an airliner is a big win for Trump.

Screw all those doom criers!

For so many entrenched DC politicos and bureaucrats, any change of course is de facto admission of their own ongoing failure.

This is what allows PDJT to work for real change. He has no ego wrapped up in HOW outcomes are achieved. It only matters to them that they are.

I like the way JM put it. We are each responsible for making sure our kids know how to think for themselves and research to find answers

Critical thinking skills are no longer taught in most public schools. (Wouldn’t want the good little socialists doing anything but parroting back answers! ) more important than ever to be sure to equip your kids with them!

Debate skills as well—need to bring those back in the classroom.

Cook county judge orders Google to turn over an entire year's worth of data on Jussie Smollett from November 1018 to November 2019.

NIAC is not just a "pro-Iran group".

It's a propaganda arm of the Foreign Ministry of Iran working closely with Zarif.

Let's call a spade a spade.

Very telling difference between the WH stream(top) vs Youtube stream(bottom).

Mike Pompeo wasn’t having any of the left’s gotcha-questions as he pushed back at MSNBC’s Andrea Mitchell during a press conference.

Mitchell asked Pompeo about “the issue of cultural sites” in a question today on President Trump’s warning to the Iranian regime about retaliating for the death of Soleimani.

What is so disgusting is that the MSM in this country is trying so damn hard to promote a War with Iran.

They were drooling tonite and visually disappointed when they realized they're attempts to get Potus again have failed.

They are beyond disgusting and have again disgraced themselves.

They are akin to something that one scrapes off the bottom of one's shoe.

This is the entire thread by Cindy Otis showing all the "faked" images and video put out by Iran's Fars News Agency today to "document" their "attack" on us today.