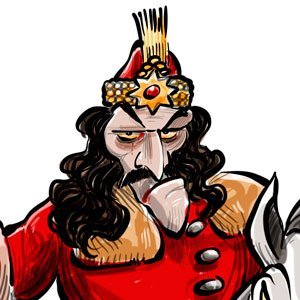 Makes sense, prior to Islam Arabs worshiped many gods.

Hubal was the chief god of the Ka'aba, chief of his goddess daughters and other gods.

Manāt is the goddess of fate, destiny and death. In Nabataean and Latin inscriptions she was known as Manawat. She is an ancient goddess, predating both Allāt and Al-'Uzzá. She was associated with Dushara and Hubal

@Rexvallachorum
Socialism has cultish quality to it. People who subscribe to it demand 100% ideological compliance just like the catholic church had the holy inquisition to go after people and organizations that strayed from its dogma.

Biden ain't gettin' there. After his performance at that confab last Monday. Observations from the event is that he doesn't have it. When he finished reading his script 'speech' he started off the stage and forgot he was supposed to stay and answer questions. I;ll be surprised if he makes the first debate before gassing out.

Joe Biden's hands were in the 'gun free zones' at it's inception.

Thank you RV. I should have waited until reading the entire thread before chirping in (i.e. Biden), and will do so in the future.

@Rexvallachorum Great thread. I still find it hard to wrap my head around socialists - especially LGBT activists -embracing extreme forms of Islam that advocate for Sharia law. As for socialism in general, I always think of this meme :)

Is there a coincidence socialists are at the forefront of defending Islam? They are united by the same belief the West is the oppressor and Christianity must be eradicated.The Q'ran and the Communist Manifesto are more similar that one would expect
/END
https://t.co/WeV8f8KsMN

spilled by the 250 million victims murdered in its name that socialism is a good thing for the human race and capitalism, a system that for the last 100 years made the greatest strides in ending slavery and lifting people from poverty is evil.

The same type of dehumanizing cancer is socialism in all its forms, both Nazism and communism. Socialism is not an ideology, it is a faith. People who believe in socialism need to be brainwashed in order to believe that despite all the historical evidence and the rivers of blood

It's ISLAM. Islam is a cancer that for the past 1,400 years created homicidal monsters with deformed souls, a cancer that ended the classical age and brought in the dark ages (read: Mohammed and Charlemagne by Belgian historian Henry Pirenne) https://t.co/GqsMAoM5t1

system, offering opportunities to small entrepreneurs, producing every year hundred of thousands of IT specialists, doctors and scientists, while the second is still violent tribal society that produces nothing but poverty and terrorism?
I believe you all already know the answer:

Genetically they all are the same people who speaking the same language. What then makes Indians so different from the Pakistani? Why the first are taking giant leaps and advancing their country into the 21st century, lifting themselves from poverty and getting rid of the cast

2. The second thought that came to my mind while watching Hotel Mumbai was the night & day difference between people who belong to the same race & same culture and who shared the same ancestral land for thousands of years, separating themselves in two countries less than a century ago: Pakistanis and Indians

Biden literally created tens of thousands of Hotels Mumbai in US. It is time to get rid of this mass murderer protection law and give adult Americans back the right to defend themselves wherever and whenever they may be: at work, on the street, while shopping and at school.

The blood of the victims is on the Democrats hands and in particular Joe Biden's, the US Senator who wrote that legislation. He is without question a terrorist enabler. His gun free zone act made mass murderers feel safe and take their time methodically killing people.

If you want to blame somebody for the murders of innocent victims, don't blame the NRA. Not a single terrorist mass murderer in US history was an NRA member. Blame the freedom hating Democrats who invented the gun free zones and keep pushing and pushing for citizen disarmament.

Both happened in what leftists call "gun free zones" while I call them "disarmed victims abattoirs". These places are our Hotel Mumbai terrorist safe havens because evil doers know could take their time shooting and killing their victims for hours, and nobody would shoot back.

This is what happens when people trust the government to protect them. Now, I know the police response would have been a lot faster in the US, but 9 out of 10 times that still isn't fast enough. The Pulse club attack in CA comes to mind. Or the Aurora CO movie theater shooting.