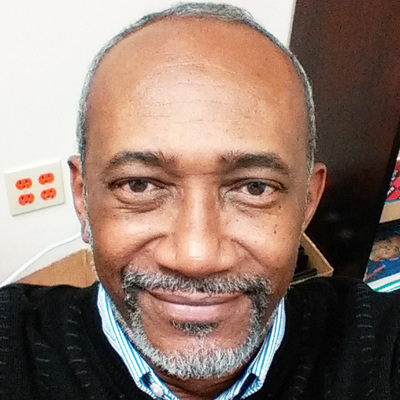 This is VERY surprising.

Brace yourselves for a Trump landslide bigger than anyone expects.

You need to read my first sentence again.

Of all people I thought you would get it...

No, we are not going to be in lockdown until the end of April.

All the hullabaloo about FDA approval for Chloroquine or not is moot.

1. Drug is already approved and readily available. It's being used for malaria and a host of other diseases and conditions.

2. Doctors can prescribe it for Wuhan Sniffles starting immediately.

3. The FDA will conduct it's own tests because a bunch of useless bureaucrats need to justify their salaries with the appearance of work.

4. MSM will try to portray it as FDA contradicting Trump. Fake News.

We've known of the drugs that eliminate Wuhan Sniffles virus for MONTHS.

I've made reference to Chloroquine here for quite some time.

Yet, still NO real coverage from The drive-by media.

Check it, check the manufacturers and what brokers discuss about them.

This circus will be over in two weeks.

The report is about in-vitro results. Patient trials confirm for Chloroquine. I do, too.

@RattlerGator @baldilocks
I will happily give an account number where she can donate all of that money. I'll even give her a receipt. I'll even tell her that Obama was the Bestest President ever, while I cross my fingers behind my back. 😂

Sometimes the things that may or may not be true are the things a man needs to believe in the most.
That people are basically good.
That honor, courage and virtue mean everything; that power and money ... money and power mean nothing.
That good always triumphs over evil.
And I want you to remember this.... that love....
True love never dies!
Remember that... remember that.
Doesn't matter if it is true or not, a man should believe in those things, because those ARE the things worth believing in.

Gator! Hey man nice to see you round these parts.

James Wolfe? He's a nobody in the grand scheme of things.

But he is connected to powerful and corrupt Senators, such as Warner. So he is valuable to prosecutors.

My sense is that she/ DOJ cut a deal with Wolfe in return for his co-operation.

Trump is luring the idiotic Dems to focus on it, so that the corruption of the DOJ snakes behind it and Obama judge who heard it, can be exposed.

As always, FakeNews is falling for it hook, line and sinker.

This is EXACTLY the same playbook Trump used with Sessions.

Except this time, A G Barr isn't going anywhere.

People have such short memories.

This strategy focuses on creating the illusion of division between Trump and Barr, allowing Barr to assert his independence and also causing confusion among his enemies.

Lot of demons out there (but you know that) -- especially among the homeless. But here what I think is the true culprit: all the drugs people use. Stuff opens up doors better left shut.

You mentioned that Victor Davis Hansen gets hung up on DJTs tweets, and while that galls him, he still writes eloquently about the President. It is his perspective as a classicist that allowed him to see Donald Trump in a historical frame rather than any of the other frames that he is presented in.

Which is why the tweets bother him. Historical figures are classy. Their words have been polished by time. Still though he can resolve DJT because of his classics frame of reference.

It's frightening to see how incredibly screwed Obama, the Clintons and the Democrats are over Ukraine.

And hilarious how many normies have no understanding of what's about to hit. Biden is just one of the targets of a giant RICO scheme. Domino effect - once Crazy Joe goes down, they all do.

Giuliani is as sharp and deadly as he always was. One of America's great prosecutors, about to try his greatest ever case.

ALL EYES ON UKRAINE.

It all makes sense now - the panicked crimes of Obama & Clinton in 2015/16 as they tried to fix the election, the sedition since inauguration to take down POTUS Trump - and the farcical impeachment probe of Pelosi & Schiff.

It's all about covering up what the Democratic Party, Obama administration & Clinton Foundation were doing in Ukraine.

This is going to be a massive, eye watering scandal the likes of which the US has never seen.

Did I mention I really love what I do?

We are getting a project documentation i's and t's crossed for the final handoff of this project that I came in to fix and get ready for certification.

We made 8 of them and are looking at maybe more so I want all of the drawings and manufacturing details ready to just push a button on future work.

Top of the day to you as well. Been rather busy as of late. They made me the first ever Senior Mechanical Designer. I am in heaven.

He asserted no such thing.

The IG looks into compliance with internal procedures, rules and regulations.

Sometimes (as in the latest report) it finds that rules are insufficient, unclear or non-existent.

It is not the IG's job to conduct criminal investigations.