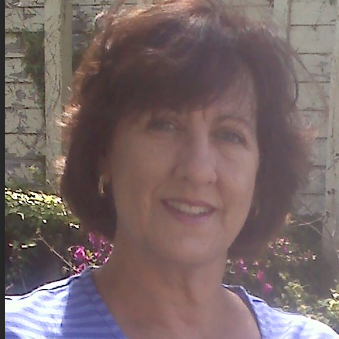 Imagine the shock waves if Zuck was held accountable for election interference.
https://www.theepochtimes.com/zuckerberg-funded-group-comes-into-spotlight-in-election-related-court-cases_3596912.html?utm_source=newsnoe&utm_medium=email&utm_campaign=breaking-2020-11-28-4

Dr. Simone Gold (@drsimonegold) Tweeted:
US Senate: There were fraudulent papers, published by individuals interested in doing evil to the world with respect to HCQ.

The NEJM & Lancet acknowledged they were fraudulent papers, to scare people. This is people in my field, in academic medicine, committing academic fraud. https://t.co/J1gLKyzCiE
https://twitter.com/drsimonegold/status/1332433059677941762?s=20

Joe Biden is currently negotiating for a get out of jail card for him and his family.

So are the others.

The window to carry off this crime has closed.

All this FakeNews hot air is just propaganda. Extremely poor propaganda as well.

All these crooks are screwed.

They either cut a deal and disappear.

Or Trump exposes them.

That's what I think.

This looks like a MOAB from President Trump. "I want Schiff questioned at the highest levels for Fraud and Treason".

The CIA doesn't have a chance against Trump.

There was an ex-CIA dork on Twitter who kept predicting Trump's imminent demise, because "you don't piss off the Agency."

It was really funny.

Then the dork began drinking a gallon of vodka a day, apparently.

Trump is in no danger. He's in total control.

The personal bodyguard of Saudi Arabia's King Salman was shot and killed, state TV reported Sunday, in what authorities described as a personal dispute.

Officials offered few details on an incident that shocked the kingdom.

Geronimo is a US Army airborne exclamation occasionally used by jumping skydivers or, more generally, anyone about to jump from a great height, or as a general exclamation of exhilaration

Happening in IRAN: the fastest growth of the Christian chuch is happening RIGHT NOW. Many mosques are EMPTY.
they are meeting in homes, in secret, Jesus is coming to them in dreams and visions, and the hungry disillusioned people of Iran are seeking TRUTH. There is a price; we must pray for these new converts.
Video on Youtube: "Sheep among Wolves"

Listen to this. The Great Mark Levin. He itemizes the lies of the media about the whole Muh Ukraine.
https://www.mediaite.com/tv/mark-levin-growls-at-fox-host-asking-if-hes-okay-with-trumps-ukraine-conduct-your-question-is-not-honest/

Donald J. Trump
@realDonaldTrump
They are trying to stop ME, because I am fighting for YOU!

Someone finally did a detailed analysis of the Whistleblower form changes. "The collusion that has been underway by the likes of Schiff and the deep state IC is shocking."

@RyanGirdusky: "According to @NateSilver538's 538, today is the first time that Trump has a higher overall approval rating than President Obama at the same point in their presidencies"

How many warnings does one get before they've gone too far and just punishment is meted out? Or is it 3 strikes, you're out?

This is the third time President Trump has tweeted "Presidential Harassment". The last two times, all caps. September 19th, 24th, and this morning, the 28th.

"This statement sums it up best for me."

Did you think Michael Flynn was the only one willing to take a massive personal risk by APPEARING to do something untoward?

Sessions, Rosenstein, McMaster...and Trump. They're doing things that open themselves up to criticism from all sides.

But it's the only way to destroy the Democratic party as it now exists.

This 30 second ad is amazing.

Donald J. Trump
@realDonaldTrump
I AM DRAINING THE SWAMP!