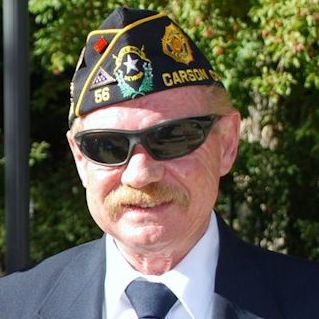 Trump Lawyer Says New Lawsuits Will Be Filed in Georgia Soon: ‘Quite a Shock’ https://www.theepochtimes.com/trump-lawyer-says-new-lawsuits-will-be-filed-in-georgia-soon-in-for-quite-a-shock_3588917.html via @epochtimes

Jeff Luu
2 hours ago (edited)
This is not a fight between Biden & Trump any more, it is the flight between right & wrong, between truth & faux, between lightness & darkness.Trump must win to lead us to save the country & the world!

Sidney Powell: It will be BIBLICAL

Barring a miracle, we have to assume that the Obama District judge in PA will do everything in his power to decide against Giuliani.

An appeal then goes to the 3rd Circuit which is again packed with Bush & Obama justices.

Then it can be taken up by SCOTUS.

Be aware that at any stage, the lower courts can decide in a way that makes it difficult to appeal. Appeals are not guaranteed.

Team Trump will know all this, of course. So let's see what happens.

Benson's up to her neck in what's gone on, as are the Democrat Secs of State in PA, WI etc and the GOP SoS in Georgia.

Trump knows exactly what has gone on, doesn't he?

REVEALING : within 5 MINUTES of Trump's tweet, John Brennan was on CNN saying that Trump was trying to steal the election from Biden and invoking the 25th amendment.

Trump's move on Krebs and the CISA rats is clearly a DIRECT HIT on the traitors.

KREBS OUT at CISA.

Well now we know what side he was playing.

Must be dawning on Krebs and his buddies that they're in a sh&+load of trouble.

And I wonder how Joe Biden is feeling right now.

Guys, don't get too worried about the court cases in the Dem States.

We all know that the Fed courts in those places are corrupt Swamps. They won't help Trump.

And it doesn't matter.

The target is SCOTUS. That's where the real game is. If any of Trump's cases get there, he has a good chance.

Also, remember that Trump is attacking the enemy on many battlefields. Some we see. Many we don't.

But when you see Brennan freaking out, it shows you the right people are worried.

Like Emmett Sullivan, The Supreme Court of PA decision is proof of how broken the judicial system is.

In short, the court decided that GOP observers had 'meaningful access' to count rooms, even though they couldn't observe anything.

I guess that from now on in PA, Dems can stop any effective inspection of ballots by legit observers.

These robed clowns aren't judges. They're empty vessels, who chucked their reputations & independence away years ago.

Now they have certified the result on the condition a full audit takes place, run by the corrupt Jocelyn Benson.

But 40 State legislators have sent Benson a letter demanding the audit take place PRIOR to certification.

Either it's yet another scheme to defraud the electorate, or it's a clever way to apply maximum pressure on Benson herself.

Sidney Powell was very impressive on Maria Bartiromo this morming.

I am persuaded that Powell has the goods.

The Dems are doomed.

Strikes me, however that when a group of Trump supporters get together -- like they did in DC this weekend, people are quick to point out how "well behaved" they are. At least sane people do this.

The overwhelming number is impressive, and perhaps even powerful. I expect they'll remain peaceful and well behaved while Trump is in office.

If the presidency is stolen however, then 'good behavior' won't accomplish anything.

Lol, what a hack!

First, Sean Davis creates a panic by reporting an 'anonymous sources' claiming Durham has given up...

...NOW he's reporting a SECOND anonymous source saying that Durham has NOT given up!

Meanwhile, *I*, @MrHobbit have recieved word from a THIRD anonymous source, who has told me that 'anonymous sources' stories are bullshit and we should calm our tits.

@timr @masterblaster @melmc When someone says " sources familiar with" that essentially means they are making the whole thing up.

Many stories today about how Durnam has surrendered, and his investigation is essentially over.

All of these articles are based o assumptions and "sources said".

No word from Durham though.

He is the man who quietly and systematically brought down the Boston mob and their FBI traitors. The Boston media gave up on him because of how long he took to do it.

But he did it.

The issues are the legality of the election process and the decisions and policies of Democrats, and whether voter fraud happened and to what extent.

No. There are no election results yet.

We have projected winners - no legal results. Nothing is confirmed.

The SC would rule on whether the elections followed the law.

The media deliberately confuses their projections with legal results. They are not the same thing