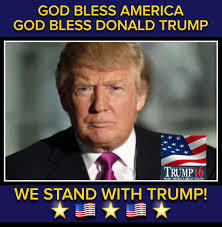 Just stumbled on a Louise (the Idiot) Mensch thread moaning that Rod Rosenstein is not a good guy after all. I think she's finally beginning to suspect all is not well in impeachment land. Hilarious. The comments from her deranged followers are funny as well.

Why did Trump tweeted about a sea wall in NYC?

Women marching for both "reproductive rights" and "immigration rights" today.......

This reminds me of the facts vs context issue.

Funny how this was hush hush last month
https://www.cnn.com/2019/12/20/politics/cnn-poll-economy-2020-matchups/index.html

“Socialism always begins with a universal vision for the brotherhood of man and ends with people having to eat their own pets.”

I really enjoy seeing the face of the Lumify eyedrops gal.

Got to love cats...I just went to give Dougie his prednisolone , and, lo and behold, I found not one but two “already been spit out “ pills on the floor.

Does this mean the FEC is compromised? Paid Off? Hmmm?

He’s not campaigning in Iowa, he’s not taking the Democrats’ debate stage – and he’s keeping details of his wealth to himself.

Mike Bloomberg’s unusual presidential campaign has won a second reprieve from the Federal Election Commission, delaying the filing of required financial disclosure forms for another 45 days.

That means he won’t have to reveal information about his vast personal fortune until March 20 — two weeks after Super Tuesday, the first test of his candidacy.

This clip is John Solomon’s appearance on Dobbs this evening, discussing what he knows about witnesses and the upcoming proceedings. Very interesting!