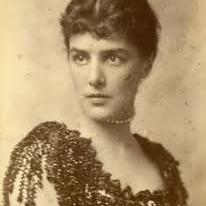 Just a rare patriot in L.A.

Correction. I pray whoever attempted to murder this police officer (he’s on life support) burns in hell. It doesn’t look good for the officer and may very well end up being murder. However, I pray that he recovers.

The understatement of the century

" no one knows how anything works"

I am so having that printed on a t-shirt

The man who allowed himself to be butt-f*ked by Nanzy Pelosi and Harry Reid and allowed the sacrifice of dozens of thousands to be undone in the cesspool of the Obama maladministration virtue signaling from his perch in Midland?

‪Absolutely disgusting headline by one of the Dem’s fave media propaganda outlets. It’s designed to incite and inflame. Per the story - VIDEO shows the bar owner had been confronted by the “protester”, backed into a corner, fired 2 shots into the air as a warning, was physically attacked and then during the struggle shot the “protester”. Officials determined he shot in self defense. Clear as crystal. Fake news. Fake “journalism”.

So, Floyd died of a heart attack, most likely brought on because of his fentanyl and apparently also methamphetamines.

As per usual, they're rioting over something that didn't happen. He was not dead because cops murdered him.

He's dead because of drugs in his system that brought on a heart attack.

Also, how many people actually have COVID-19? It seems like *everyone* has it. Even Mr. Floyd.

@Reine
CBS News in Los Angeles does the same kind of deceitful reporting.
The concept of a fair, balanced and honest media is a myth. These people are all scum.

I pray that whoever murdered this police officer is caught and given the death sentence. It is pure evil.

Youtube finally took the "limitation" away from Bear Blather 13.

They had NO reason to limit it in the first place, but succeeded. Most people who were going to watch it already did.

If you did not... What are you waiting for?

Texting my neighbor, a black woman. She’s not impressed.

A man angry with teenagers who reportedly threw items at his car was captured on video emerging from his vehicle with a double-bladed, wrist-strapped weapon — quickly dubbed a “wolverine claw” online — in Whitestone, Queens, this afternoon.

Police say “no arrests at this time and the investigation is ongoing.”

Is this disgusting or what? Disgusting things happen to disgusting low life ppl.

I remember the day obama was swarmed with flies like it was yesterday.

BTW - this pic came from one of Carlos threads. He’s on a roll tonight.

It’s so odd how they scream & throw temper tantrums about hating the police. So odd that after these pricks throw stuff at the old mans car they want to call the police, who they hate, for protection. This is exactly how ppl end up dead. They push the buttons of the wrong person! Of someone whose had enough of the bullshit! And he’s prepared to slice them into small pieces. And the little prick had the nerve to go after the old man as he’s chasing the other prick. A good way to DIE

@umad80 @robbakas @Cstippg @Lisa22 Uma in that way you are blessed. My brothers were never that nice except to those they could manipulate. I'm detached because it's the right thing for my situation.

I understand. I hate it because I don't have a brother any more and I don't want to see siblings apart. But I understand it. It's better for you.

@umad80 @robbakas @Cstippg @Lisa22 I have 2 brothers that have always been bullies. They suffer from addictions and emotional problems. I wish them well but walk the other way. I did not allow them to define me in any way.

Just a rare patriot in L.A.