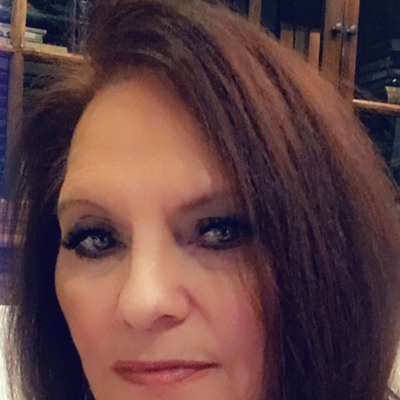 An ugly little elf sprinkles “Dummy Dust” on Liberals each night while they sleep.

I’ve been following the drama out of Virginia with a bit of interest, because I investigate sex crimes. Vanessa Tyson gives verifiable details, location, timeline and possible witnesses. Contrast that with Ford, who couldn’t remember where she was, when it happened or who was there. Tyson is credible. Fairfax is toast ~ and the dims know it. Hopefully the jackasses who ignored her a year ago are toast as well.

I put this on Twit, but wanted to share with all of you.

@Linnyfaye7 @malokvale77 @REX Every time I see her I can't stop laughing at the thought someone stole her cough drops and substituted tide pods.

@Linnyfaye7 As long as media of every kind continues to sing pretty songs, they won't. It is the jackboot that generally wakes them up.

@Linnyfaye7 It is a threat by definition and delivery.

This is alarming as it sounds like a warning to me.
"Millions like us" "You should be afraid"

Man are the Dems DUMB. After their disaster this week in Virginia, why would you even contemplate dressing in a color that risks an association with the KKK, or say you are the party for women?

Nancy was seething with hate and tension. She was so consumed with it that she failed to sit down several times after standing ovations because she was trying to masquerade her contempt (and probably jealousy) by playing with those f*cking sheets of paper.

Her signaling the new KKKlass of 2019 was hilarious.

And the freshman chicks acted like Sorority Sluts at a Kavanaugh Keg party!

Mitch pissed me off.

I love that Trump and Kim will meet in DA NANG!!

I wonder if he'll take Da Nang Dick with him so he can see how much it's changed...

"We are born free, and we will stay free. Tonight, we renew our resolve that America will never be a socialist country.” -@realDonaldTrump

You are helping me Make Internet Great Again.

That speech was so good I almost love everybody!

@Debradelai I cannot thank you enough for this phenomenal site. And your prescience, getting this up and running so we could all enjoy this SOTU together was magical! Thank you again, sir.

@Elaines2cents Good grief! The paper shuffling, pretending to read, redigesting her bile, smirking, conducting the reactions of her sheep 🐑, continuing to stand with hand regally raised after applause stopped.... Queen Nancy with her caddy of drinks.

I love our First Lady!

As I melt in a 4-day 90 F/32 C mini-heatwave here in NZ I remember how I used to feel about extreme weather. Before 2016 I'd feel depressed cuz man's fossil fuel use was supposedly causing climate change. Since 2016 I feel no guilt & no pressure bc it's a fucking hoax and the sun itself is driving the changes as it always has and our only rational task is to mitigate the effects FAIRLY. Time we got on with that instead of believing the high priests of the weird weather religion.🔆 ❄️

Now this is pro-life statement.

An ugly little elf sprinkles “Dummy Dust” on Liberals each night while they sleep.