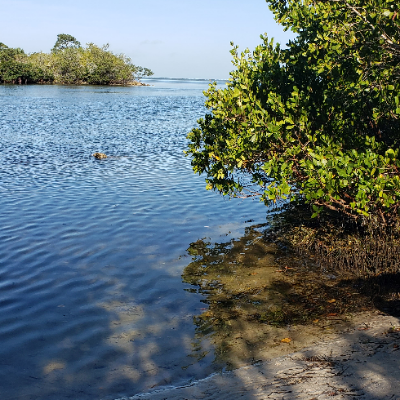 Live life: Everyday is new: The mundane is not really mundane - it's a blessing
#artQv

Ever see an epic game of Bitey-Face, French Bulldog style?

does every gop senate primary need to have 3 frontrunners?

The Man Is ALWAYS Right!

@Chotiari
Getting her to verbalize what she thought and why, gave me room to ask what she really believes.
She now has started to ask me back what and why I believe it.
Perhaps there is wiggle room.

@Chotiari
Read thing this I look at my kids and two of the five are in this boat partly because of the choice to attend state schools.
With my daughter, I have found I need to find first what her foundation of belief is and then pursue why she believes it.
Was surprised to find a good bit was simply because she sat for hours and gobbled up a YouTube star that is a grifter and has a world view that doesn’t mesh with her world view but because he has a cute doggo and sells coffee mugs.

..because it doesn’t work, meaning they get outvoted.

Virtually nothing I have voted for in the state of Washington or any person for whom I have voted has ever won. It doesn’t mean voting doesn’t work. It means I’m conservative and this is a liberal state.

She was complaining about what she called “trigger laws” that flipped the legality of abortion in 13 states the moment Roe fell. I said, Because the people and/or their representatives had already voted. They knew what they wanted in their states. They were just prevented due to an unconstitutional decision 50 years ago.

Then she showed me two videos of idiots ranting about how we live in a theocracy and birth control will soon be illegal. And one ranting that voting is perpetuated violence.

I do not excuse sexual violence. I do think it is risky to have sex with strangers for a LOT of reasons.

I do not think “trans panic laws” exist as she describes them. I do think “temporary insanity” is occasionally used as a defense.

She wants democracy except when people vote wrong. She wants authoritarianism when it suits her idea of justice.

She is young. I pray she outgrows this. It’s stupid.

Have been arguing for days with 22 yr old daughter about SCOTUS/Roe. Basically insisting she read decisions for herself rather than take someone else’s opinion of what the decision says.

Also she brought up “trans panic” laws. Basically (she says) allows someone to kill a trans person without consequences if they find out during sex, in 49 states! (??)

If someone finds out during a primal mammalian act such as sex, rage may well follow. Lots of hookers are beaten just for being women.

The Trump and Kari Lake effect.

Notice its never considered by establishment types until the sun is setting on their time in orifice so as to provide any kind of legacy trophies they can hang on their wall?

This is more of an issue for outgoing AG Brnovich to say "Me Too!" so as to curry favor with Arizona voters to save his floundering race against Trump endorsed Masters.

Their primary is August 2nd.

Totally meaningless in the scope of time. Notice he only did this after the Biden v. Texas ruling.

His dog in the next Gov. hunt is a red jersey Democrat. This is only meant as a life ring to her as Kari Lake is way ahead of the establishment's champion.

Likewise for AG Brnovich who is equally behind Trump endorsed Maasters for Senate.

Brnovich is the snake who kept promising action on the Steal.

Seems fair to me. He should get a key to the city.

Ontario's Premier Doug Ford took 10c.in tax off a litre of gas as he promised during his re-election campaign.

this is a winning message in arizona?

I wanted to pass along to @ThomasWic since he was discussing getting a natural gas generator. That it will have to be bolted down like the Space Needle because the sound will attract thieves from the whole area in earshot.

Live life: Everyday is new: The mundane is not really mundane - it's a blessing
#artQv