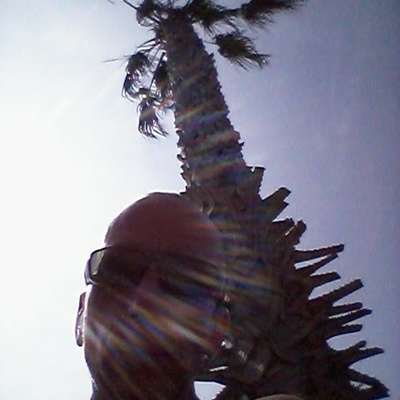 Detroit Native. 25 some odd years in California. All MAGA all day🇺🇸

Here goes the first of a series of Conversations between TW and yours tryly.

Hope you enjoy it!

C'mon guys, we made progress but still need 285 subscribers at QuodVerumTV.

ThomasWic. You should follow this Carlos guy and his wife. Good #MAGA stuff all day from this guy!👌
💪WICTOR🇺🇸

@Debradelai I paid my dues this month and a special thanks to you and @ThomasWic for this wonderful site! Merry Christmas! To all you other Qouds to numerous to mention, Merry Christmas deplorable family! My best to you and yours!🎄

MAGA Motherfuckers🇺🇸 Get real. Get WICTOR👌

Brazilian deep state is as stupidly ignorant as ours.

"Brazilian federal prosecutors filed a court injunction on Monday seeking to bar the appointment of right-wing President Jair Bolsonaro’s son Eduardo as ambassador to the United States due to his lack of experience as a diplomat."

Hey, shitbrains, an Ambassador is a personal representative of the President, not a career sheister.

The President could appoint his parrot if he wanted (and often have done no better).

Looks like we are going to hit 1.5 million toots by Wednesday.

Please keep my Dad - Ed - in your prayers.
He is ailing at 91 and the confused doctors are trying to get him back on his feet.
He served with an artillary unit with the Brooklyn National Guard in Korea and was a reservist.
He is a true patriot and loves this country.
Thanks.
My real name is Dan.

Mötley Crüe drummer, the motley @MrTommyLand, a convicted wife beater, threatened all Trump supporters in a wild rant on Twitter 3 days ago. It’s clear we are no longer living in a civilized society when 1/2 the country is not allowed to have a different opinion from the other half.

The German sniper and the American soldier with the trumpet

"The Hunt" is another reminder that the entertainment industry regularly introduces filth into our culture - in keeping with CPUSA goals.

#25. Break down cultural standards of morality by promoting pornography and obscenity in books, magazines, motion pictures, radio, and TV. http://bit.ly/Communist-Party-USA-2rrhrwy

Trump will eventually be seen as the most significant human in SECULAR history.

We're not talking about religious figures.

The reason Trump will be seen this way is that he devoted his powers to GOOD, not evil.

And for that we owe him a debt that we'll never be able to pay off.

Detroit Native. 25 some odd years in California. All MAGA all day🇺🇸