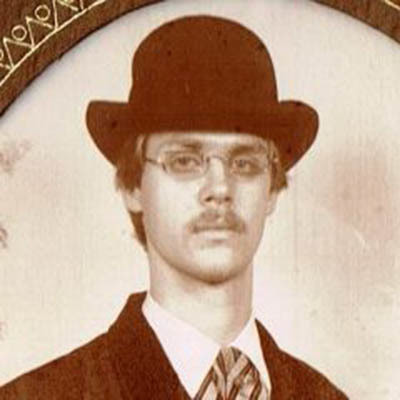 So the checks are going to be delayed so Trump can put his name on them. Riiiight.

"senior IRS officials", "three administration officials who spoke on the condition of anonymity because they were not authorized to speak publicly.", "a Treasury official"

Not a single source willing to go on the record. I call bullshit until I see a picture of a check with Trump's name on it.

"The leaks are real but the news is fake."

I made a moss terrarium as a quarantine project.

Once a day I watch one of this fellow's videos as he builds a beautiful terrarium.

Extrapolate this: How many votes by illegal aliens are KNOWN to have occurred? Let alone prosecuted.

It's amazing how people will believe any idiocy if repeated enough times.

Absentee ballots? Nah. They're not illegals.

15. Maybe Trump's ultimate revenge would be to put them all in prison on crimes committed after he had become President, never revealing the pardons, and allowing them to rot away knowing that they threw away a royal flush through their own arrogance.

14. The only way we'll ever know for sure if all this is true is if President Trump were to declassify these hypothetical classified pardons. Maybe he will, maybe he won't. Maybe that's the declassification his enemies are really worried about.

13. Based on what I know about Donald Trump, I think that he would be very quiet about it. He would not declassify the pardons. He would give them all the slack, never retaliate, but watch them closely. Let them feel invulnerable, because people who feel invulnerable slip up and make mistakes. He would wait for them to commit new crimes after the effective date of their pardon. Crimes that are fully prosecutable.

12.
So what would you do if you were Donald Trump, and you came into office on a promise to drain the swamp, then discovered that the swamp had been secretly pardoned and you couldn't arrest or prosecute ANYONE anywhere near the top?

11. Instead, they have become increasingly arrogant and insulting, acting as if they have nothing to fear. They berate and insult President Trump at will, more and more brazenly each day.

They are acting like people who know no one can touch them. People who are guilty as hell, and forever beyond the reach of the law, and reveling not only in getting away with everything, but reveling in their ability to throw their guilt in their opponents' faces, and the faces of the American People.

10. Now look at the behavior of Obama's crew. Strzok. Brennan. Page. McCabe. On and on. Given the evidence against them, you would think that they would be on their best behavior, hoping that Trump's Justice Department wouldn't pull the trigger and prosecute them.

You would think they would act humble and contrite. Even if they considered themselves innocent and law-abiding, they would be careful and mindful of the seriousness of the accusations against them.

9. Comey never elaborated on WHY no reasonable prosecutor would being such a case, and he had to know that he looked like a jackass standing up there not explaining himself. I think that Comey was walking right up to the line. Telling the public everything he was legally allowed to without breaking the law himself.

No reasonable prosecutor would being a case against someone who had already been pardoned for their crime.

8. What was it that Comey said about Hillary Clinton, after detailing a laundry list of crimes that would put anyone else in prison for the rest of their life?

“Although there is evidence of potential violations regarding the handling of classified information, our judgment is that no reasonable prosecutor would bring such a case"

7. Who would need to know about the pardons?

Only people in the Justice Department, like prosecutors who were preparing cases against Obama officials who had been secretly pardoned.

6. Didn't Hillary have SAP level documents on her server? A copy of her own pardon perhaps? Why even mention this? A clue for the public?

5. My hypothesis - and this is only a hypothesis - is that Obama gave all his dirty-fingers deep-staters pardons before he left office. Secret pardons, then CLASSIFIED the pardons at the highest national security clearance level so no one would ever find out about them except for the people who needed to know. SAP level classification. Above Top Secret.

"Accuse your opponent of what you are doing, to create confusion and to inculcate voters against evidence of your own guilt"

3. Given that this is Time Magazine, the swampiest of the swampy, one would expect that the writers would reach the conclusion that this would be totally illegal, the President wouldn't be able to do it, and if he tried it would be an impeachable offense. Orange man bad!

But surprise, they come to exactly the opposite conclusion. President Trump could TOTALLY do that, and they even throw in a few precedents showing that this has been done before at the state level. Totally legal! ¯\_(ツ)_/¯