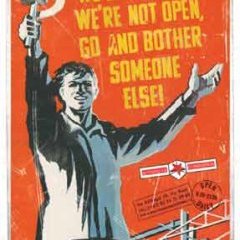 I've gotten the argument that we (conservatives) need to keep a voice over on Twitter.

The best thing conservatives can do for (to) Twitter is to just leave and let them have the leftist, twatwaffle bubble that they desire.

Leftists eat their own. But not so long as we keep offering ourselves as snacks. Stop giving them food. Eventually they'll be starved for negative attention and they'll turn on each other over pronouns, reparations, and wokehood.

Can't say I'm not heartbroken. And honestly angry. They knew the steal was coming for over 2years and apparently they really did do nothing to prevent it. Liberty took a mortal wound today and I'm not sure how she recovers from it.