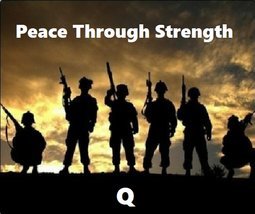 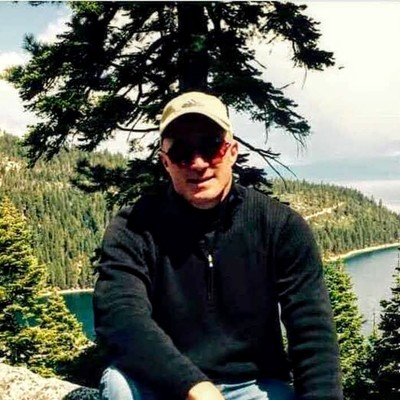 Revealing article about the players involved and revealing testimony. These people are sick, twisted, and evil.

Wonder how Libs continue to be so delusional? Here you go.

Saw this on Reddit and did a little digging. Patton Oswald as the spokesman with 2 "I love pizza" signs in the photo. From last year but these pedos have been putting this crap in our faces all along. Infuriating.

And remember, if Mueller is a bad cop and this is the best he can do, this rambling pressed just shows you how weak their position is.

It's time to pay the Barr tab, though.

Someone's getting worried. 😆Justice is coming for Comey and he knows it.

L.A. had to wipe 1.5 million off their voter rolls thanks to Judicial Watch whose also going after ballot harvesting in CA. Democrats have been perfecting their organized voter fraud for decades. This has to be shut down ASAP.

"So there is information that exists in December of 2016 and I hope anyone who has access to it, Senator Burr, Devin (Nunes), whoever is open minded, go look at that and I think it will help you understand whether or not that dossier, that unverified hearsay, was used five times or just four times by the United States government. It’s pretty bad if it was used four times. It’s REALLY BAD if it was used five times!"

“If you ask me, one of the main problems in Washington, DC, is that everybody is so busy running around trying to protect their reputation instead of protecting the republic, which is what they are supposed to be doing.”

“The snake Chris Wallace cant even confront Buttigieg's reprehensible insinuation that Jefferson, the man responsible for "all men are created equal" & have an inalienable right to liberty, inspiring the abolition movement is somehow a racist demon whose memory is an embarrassment”

3. It's going to be incredible to learn the whole truth, once it's revealed.

One things for sure. A lot of these crooks are in full panic. They've been lying to Congress to cover up their role in what went on.

Including Nellie Hauke Ohr, lover of The Kremlin.

2. We also know that Ohr is a Russian speaking, Moscow loving, Stalin apologist.

Putin's top people would see her as an EASY MARK. Someone to feed misinformation to, via a ham radio and other means.

Misinformation that Fusion GPS could then use to create 'dossiers' , that MI6 spook Steele would stamp with his name, to give the dirt legitimacy.

I'm beginning to think that Putin's crowd were working with Fusion GPS, with Brennan's blessing.

That would be off the charts.


More
....for Life in 2020. If we are foolish and do not stay UNITED as one, all of our hard fought gains for Life can, and will, rapidly disappear!

The “Equality” Act is not what you think.
We are for equality and strongly condemn all discrimination.
But the #EqualityAct puts identity politics into law. It uses the power of government to give some groups preference over another group.
-Rep Dan Crenshaw
https://twitter.com/DanCrenshawTX/status/1129569453606359040

You might be having a tough day but cheer up it could be worse: you could be an Obama economist. Imagine walking around all day with other people laughing at you, and saying "Trump found the magic wand" behind your back.'

If they knew that Putin's agents were the source of information that was false - and that Halper & Dearlove used Steele to hide the sources and launder the misinformation, by legitimizing it as a MI6/UK product, that's uncharted territory.

Totally off the charts.

The worrying thing? I think that's EXACTLY what happened. And they thought they'd get away with it, with a Clinton win.

It's a truly scary thought.

Trump and the general know what they're doing.

They've no idea that Mueller would confirm his findings and then throw Weissman under the bus, as well. The Dems know this, of course, which is why they won't force him in.

Let's compare Democrats to Republicans, in terms of what each party is willing to do to stop the other.

Obama was the most lawless president in US history.

He did whatever he wanted. DACA, the GM bankruptcy settlement, using the IRS to disenfranchise 501(c) groups, ObamaCare, and the Iran deal are utterly illegal.

Those are off the top of my head.

The Republicans did NOTHING.