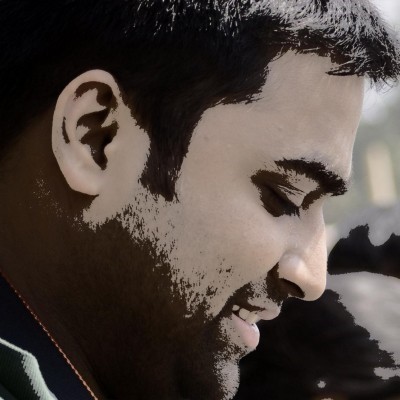 Have a passion for exposing Tehran apologists/lobbyists.

A thread on Sen. Feinstein once again pushing Iran's talking points & calling on the Trump administration to literally province concessions & incentives to this regime.

#Iran's fake news apparatus, including their network of apologists/lobbyists, continuously claim U.S. sanctions are to blame for medicine shortages inside the country.

My take explains how Tehran's corrupt regime is to blame.

Imagine living in a country where the regime sentences you to death for merely protesting for a better life.

This is the story of Omid Tamjidi, who turned 28 in prison recently.

Welcome to #Iran under the mullahs' regime...

David Albright on recent developments in #Iran:
"There aren't a lot of things blowing up in a centrifuge assembly building... There's a possibility of sabotage.
Extremely valuable building to the Iranians. They may not have another building to assemble centrifuges today."

Three Iranian officials who spoke to Reuters on condition of anonymity said they believed the fire was the result of a cyber attack, but did not cite any evidence.
One official said the attack had targeted the centrifuge assembly building.

#BREAKING
Iran's Supreme National Security Council:
Main cause of fire at Natanz nuclear site has been specified after reviewing evidence & various scenarios. However, due to "security reservations," it will be announced at an appropriate time.

"... it seems that al-Kadhimi is trying to get rid of most of the high-ranking activists who are considered to be supporters of Iran."

"...henceforth [#Iran-backed] militias would have to rely on the Iraqi government's budget."

David Albright told NYT that he believed it was an act of sabotage, because the assembly of centrifuge components in the workshop would have involved few flammable liquids & was unlikely to be dangerous.

After downplaying the incident, Iranian state media warned later Thursday, saying “if there are signs of hostile countries crossing Iran's red lines in any way, especially the Zionist regime (Israel) and the US, Iran's strategy to confront the new situation must be fundamentally reconsidered.”

“We think the centrifuge equipment likely is not easily replaceable, because the components would be subject to international export controls,” she added.

“The fire was a significant setback for Iran's advanced centrifuge production.
Burkhard also said the damage to the facility was so large that it did not appear to have been caused by an industrial accident.

“It took the Iranians a long time to build this workshop,” Institute researcher Sarah Burkhard told VOA Persian. “Its construction started in 2012 and they only got to a point where they could start operations there in 2018,” she said.

“The equipment inside the workshop was meant to be used for making precision measurements in assembling advanced centrifuges that are sensitive machines and difficult to build, because you have to ensure that they are identical."

July 3—Shiraz, south-central #Iran
Early morning hours
Another mysterious fire reported. Exact location inside the city unknown as of yet.

Extending the UN arms embargo will weaken the regime in #Iran and this is in favor of the Iranian people in their struggle against the mullahs.

In the past month, there have been at least 141 violations of the rights of religious minorities in Iran. A considerable number of violations have been against women.

"The Iraqi Army, in cooperation with the U.S. forces, will be establishing an official tribal force to prevent the entrance of #Iran-backed militia's into Iraqi soil."

This is another suspicious fire that has many Iranians across the country pointing the finger at the regime, especially the Revolutionary Guards (IRGC).

Maliheh Jafari, a puppet show student at Tehran University of Fine Arts, was summoned to begin serving a 6-months prison sentence for participating in the Nov 2019 uprising.

Political prisoner Atena Daemi, in jail since 2016 for a 5-year-sentence, extended last Sep for another 2 years, now has been sentenced to 2 more years & 74 lashes for “disturbing order” by chanting anti-regime slogans in Tehran's Evin Prison.

A Middle Eastern intelligence official, who would not be quoted by name because he was discussing closely held information, said the blast was caused by an explosive device planted inside the facility. The explosion, he said, destroyed much of the aboveground parts of the facility where new centrifuges — delicate devices that spin at supersonic speeds — are balanced before they are put into operation.

Have a passion for exposing Tehran apologists/lobbyists.