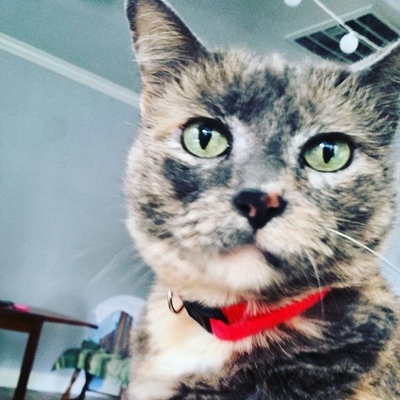 If, like me, you need a break from the madness, please give my hubby’s podcast a chance! 😇🙏
2 new episodes available today!
Clip below:
https://youtu.be/Rrrpk-OOr3c

I wonder if it has ever occurred to pro-choicers that a good number of peeps who are against abortion have either had one or know someone who has had one? #marchforlife #whyImarch

This video y’all!
The best thing you can send to anti-capitalists!
https://youtu.be/UIUa4GblVJg

I love you all. #beBest

@Debradelai Returning the favor after the Biden administration blamed them for the high gas prices.

Did Saudi just give Biden the finger and shove an (empty) oil barrel up his arse?

Throughout his entire career, Biden has always been a pompous, good-for-nothing hack who has spent more time in Washington denigrating those far more successful than him in the name of politics than actually catering to the needs of the American people. Just look at his time on the Senate Judiciary Committee, when he used his position as committee chair to slander and demean stand-up public servants such as Robert Bork and Supreme Court Justice Clarence Thomas.

Atrocious. No way to trust the science, when scientific experts offering different analyses than the status quo are censored in the media by the self-appointed gatekeepers, who often lie their asses off. Nobody "owns" science.
_________________

"United Nations, Melissa Fleming says “They *own* the science on climate change”, and they have worked with Google to make sure the algorithms shows only UN information."
- Pelham @Resist_05 on blue twit

Not only had critical thinking and deductive reasoning become extinct, so has logic in a very big way.

But then I repeat myself.

Oil is a renewable resource and always will be.

There is a very big reason why certain sectors must keep the lie it is finite going and it has nothing to do with truth.

@MattGaetz: "The VP is an anti-American, racist embarrassment.

We should NEVER be a country that views disaster relief through the lens of race.

The Hurricane didn’t check anyone’s race when it made landfall;

Neither should the government when help is distributed."

Why does this keep happening

Standing does not matter to those looking to cause political harm to President Trump. If anything, their rush to get this out before the midterms will do the exact opposite of politically damage President Trump. The only thing this jackass of aclawsuit is to give the NY AG useless styke points. She is going to lose the NY AG election.

@watch4thedrop —If American Conservatives are truly concerned about the future of our country, they will crawl over broken glass to get to the polls, come Hell or high water.

I don’t understand why McConnell says these things. Perhaps it’s to motivate voters.

It’s not the language that I would use. But then again, I’m not a career politician.🤔

Texas Governor Greg Abbott designated specific Mexican cartels as terrorist organizations and ordered the Department of Public Safety to begin dismantling their infrastructure. The move comes as record levels of the deadly drug fentanyl are being pushed across the border.

"In the ruling permanently enjoining the vaccine and mask mandate in 24 states, U.S. District Court Judge Terry A. Doughty writes:

“The public interest is served by maintaining the constitutional structure and maintaining the liberty of individuals who do not want to take the COVID-19 vaccine. This interest outweighs Agency Defendants’ interests.

"The people who are creating shortages of fertilizer, natural gas, & electricity call themselves “environmentalists,” but by increasing the use of wood, coal, & land, they are causing far more harm to the environment than any fossil fuel company."

Have (stupidly) been watching the PBS Holocaust series, and now could kick myself.

At the end they slipped in a clip of Trump speaking at a rally, as an example of present day white supremacy/racism in the US.

Ken Burns. Saul & Thomas mentioned him at the most recent Beard Blather and what a pathetic Lefty Libtard he is.

Forewarned is forearmed. I should have expected it.😒

Asylum status can only be requested in US territory.

Say, someone who comes in with a government or sports Delegation and defects.

In US embassies and consulates, people can request a Refugee visa, NOT asylum.

And that is not Stevie's only mistake.

"As discussed further below, asylum is a discretionary immigration benefit that generally can be sought by eligible aliens who are physically present or arriving in the United States, irrespective of their status, as provided in section 208 of the INA, 8 U.S.C. 1158."

The rule from 2019 was issued by authority the same law grants the executive to add barriers.

It has NOTHING to do with the difference in law between ASYLUM and REFUGE.

It’s the most wonderful, most beautiful, incredible and life-changing journey you’ll ever have.

Cherish every single minute of it.
BIG hugs! 🤗

@HBombDoll welcome, enjoy it all, they grow fast and the hard work is worth it👏