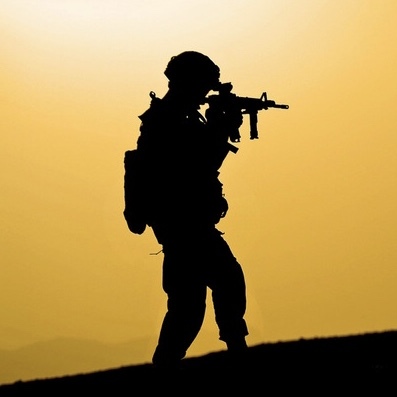 Don’t worry, I’ll be looking for a Texas Consulate when I arrive so I can check in and be safe.

My wife and I may soon pack our bags and prepare to board a plane and travel to one of the most oppressive communists regimes in the world. We look to you for guidance, protection, and we solemnly pray that we are able to avoid the straw brigades and piles of poop as we travel... to California.

In Your name we pray,

When your biggest concern in life is whether to go half-soy or all-soy in your morning latte, you look for problems that don't actually exist.

@Frosty Your posts are fantastic..intelligent,thought provoking,and insightful.How on earth did I miss seeing you on twitter? Anyway, Im glad you are here and I look forward to more of your posts. 🙂

I'm certainly glad you are here to add to the insights and wisdom of logical thought. The ringing endorsement by Thomas is a plus.

"To just go around and involuntarily confine people because they have mental illness is not the way to go.”

It IS the way to go.

Prior to deinstitutionalization of the severely mentally ill, there was ONE public mass shooting by a mentally ill person in the entire history of the United States.

We have to reopen the state and federal psychiatric hospitals and rewrite the laws.

Was there any doubt?

For the rest of you: talking, whining and tooting pictures to each other accomplishes nothing.

Report them and puff! They're gone.

That place left no impression on me.

@Frosty May I add, depending where you live, be knowledgeable about your local sheriffs as well. If you have them to vote for, they do a lot of 'heavy lifting'.

You know what's important about these videos?

The onlookers never express outrage until the victim defends himself.

My favorite was the Epic Beard Man video.

This type of judicial dismissal has been magnified exponentially in the past 5 years. Until something is done at a local level with judges and DA’s, it’s going to get worse.

Be sure to pay attention to your local elections and ensure that you have people in office that have your interests (not those of politicians in DC, in mind when they make their decisions.

And don’t forget to support your police officers.

This isn’t a new concept, but it’s been magnified since 2012. If you want an example of how bad this process is, read about what Felon Wesley Ruiz did to Dallas PD Cpl. Mark Nix in 2007: https://www.policeone.com/officer-shootings/articles/1231634-Dallas-officer-dies-in-shootout-following-car-chase/

The end result, which we have seen for years now, is that violent, repeat offenders are being continuously released from jail before the ink on the reports are even dry.

This is why you have people like the Philly Shooter who have been arrested a dozen times for various violent offenses and they are free to roam the streets and shoot at police officers.

The way the “danger to themselves or others” was interpreted was restricted by the DOJ, which was then adopted by the Beta testing cities.

The judges would only allow the evaluations to be made for the incident in which they were currently in custody for... not previous criminal behavior.

So a guy could go out and stab someone, post a cash bond, and then steal a car.

The judge would only evaluate based on the car theft; not the stabbing.

See the issue with that?

Under the Obama Administration, the DOJ began the “criminal justice reform” movement after the Ferguson Riots.

Part of this process was implemented to ensure that low-income defendants were not “punished” prior to a trial (8th Amendment).

What they came up truly defies logic. It’s legitimately unbelievable.

The powers at be decided that, if people couldn’t afford bail AND they didn’t present a danger to themselves or the public, they could be released via a PR Bond (signature).

What happens when you get over-educated? You look for problems where they don’t exist and, ultimately, you end up with a counter-intuitive result that defies logic.

Let’s look at “bail reform” as an example.

The problem lies within the elected. There are judges and district attorneys who, despite being given a book of laws and criminal procedure, apply the law inconsistently across the spectrum of defendants.

Some of these elected officials are victims of over-education with an emphasis on philosophy and sociology, sometimes intermingling the two.