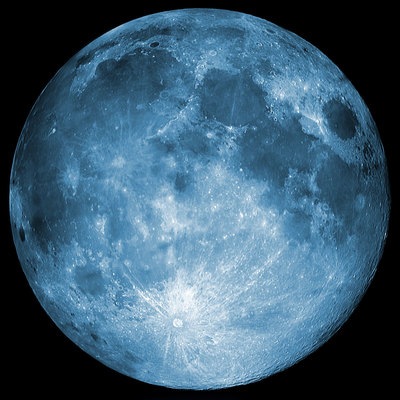 Long story short, my bladder was emptying excess sugar out of my kidneys and I just lost my appetite and any energy I had. And I told the doctor, "I eat more salad and fruit and veggies and see what happens?". I call it Joan's Law,: "If anything can go wrong....it will!".😂

And I said that I am just fed up with life and things still going downhill. And I told her "Life Sucks!". Yeah, well, when I get depressed I go all out, I'll tell you! Well, the doctor wrote me back saying, "Don't be so hard on yourself (like her fricken notes helped, you know). Oops! Let me get my charger and I'll get back here.

Just a little something I came up with tonight. Need something to get those Thanksgiving Day pounds off? This will help:

A final meme before work. My best friend, who has been estranged from his wife for years, is very lonely. I told him he should get out and meet some girls because there is life after divorce. He went to the VFW last Saturday night and sent a pic of some prospective girlfriends. The boy needs help LOL.

Happy Birthday to my hunky hubby Dave (aka Spinmeister).
🎂 ❤️

You are looking at the baby steps of the end of inflation.

This is stated in several social channels associated with the most prominent jihadist group, according to which a successor has already been named: this would be, in particular, Abu al Hussein al Hussayni al Qurashi.

Few details have emerged, very little has always been known about al Qurashi. An object of mystery, he emerged from the sands of the Iraqi desert and became newsworthy in March,

They were in awe of how much weaponry we gave to the Taliban.

Fox News host Brian Kilmeade made it clear that he wasn’t buying the spin when John Kirby claimed that Russia and China were likely in awe of the United States after watching how quickly the exit from Afghanistan took place.

Maybe they want you just happy to die.

Though I must admit it's better than CNN.

Quick note to you all:
I am headed back west as my dad is progressively worse than six months ago when I was there last. My sister has called in hospice and speaking to him today, his mind is sharp but his body is fading.
I imagine this will be my last chance to say goodbye and I do hope I get there because I was in the air headed to Colorado when my mom passed seven years ago.

I believe they only care for left whales.

This past weekend, Charles Schulz would have celebrated his 100th birthday.

Lots of cartoonist decided to pay tribute to Schulz and his strip, Peanuts.

You can see all the tributes here:

To my SQV Odysee family:

Due to current circumstances at work with staffing shortages, I will have to scale back on participating in the live chats. I’ll be catching up on the VIP, Yapping, Quid Meet, and Beard Blather on demand.

Right whales are in peril from wind turbines.

(Bloomberg) -- Planned wind projects off the New England coast threaten to harm the region’s dwindling population of endangered right whales, according to a US government marine scientist.

It’s easier to swallow if they are made to believe it was their idea, and they arrived at their conclusions by reason and not abuse. If we can harness the performance without the man, it is a win-win, right? Make no mistake, it is not the man but the performance they cannot tolerate. We’re on a globalist path, and resistance to its implementation will not be tolerated. To date, Donald Trump is the only elected official to oppose it. This is the crux of our dilemma.

Mean tweets didn’t bake up a global pandemic in Wuhan, China. Mean tweets didn’t organize violent leftists to burn down America utilizing Marxist race riots with impunity. Mean tweets didn’t wiretap the campaign and administration of the President of the United States and then fabricate a Russian collusion narrative to depose the duly elected POTUS.

After being pummeled into submission, a good bloc of the American public feels weary and ready to accept the terms of their torturers.

Since their inception, clandestine organizations like the Central Intelligence Agency have been perfecting the art of color revolutions and regime changes abroad. During the administration of Donald Trump, they turned their tradecraft inward, and the people of the United States have been subject to unending crises, so that they might blame the state of the world on mean tweets.

Took a long time, but the cops got their man.

"A 61-year-old Northern Ontario man has been charged with first-degree murder in the grisly killings of two women in Toronto nearly four decades ago, with police saying advances in DNA technology helped them find him".