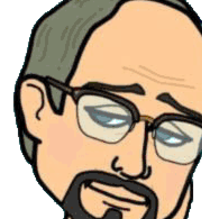 What do you think, is this one better? I might have jumped the gun posting the first one.

So when POTUS talks about the USA decoupling from China, he's just being polite and giving investors a warning to cash in their chips because he's going to nuke, the yuan, make chinese debt bonds radioactive and remove the ace of hearts from the bottom of their monetary house of cards

Trumps push to get Chinese NYSE traded companies removed from NYSE and hence from american finacial markets for failure to adhere to Sarbenes-Oxley Act requirements, is also a stroke of genius.

POTUS gave China every opportunity to trade fairly only to see the renege on every front so he's started to reciprocate.

Next up HK losing it's preferential finacial status due to the latest legislative fiasco there.

The losers? CCP and investors slow to divest.

If anyone wonders why, since the Wuhan virus outbreak, China has been on a massive propaganda campaign just look at the small cracks starting to form in their finacials.
Today they set the stage to default on $96 billion bond debt by ruling that keepwell guarantees are subject to restructuring.
They know a wave of international investment funds dumping Chinese debt is coming.
By divesting china debt holdings in military pensions POTUS pulled out the stopper holding back the flood of divestments.

I hear all of you, just the sheer vicious brutality buttered with wholesale ignorance is in simlitude to Chernobyl fuel rods in their last few seconds of normality.

So is it just the fact that I'm an expat living in Peru or has the political vitriol back in my USA degenerated to lows I could never have imagined.

It's to the point I just stopped opening my twitter fed and using my VPN to get USA TV.

Not to mention China has their online propaganda machine turned up to full volume.

The hysteria makes me feel like I stepped into an insane asylum.

So recently a bishop on Trumps side of the chessboard was put into play.

In a stellar move that requires no confirmation oversight Ezra Cohen's was named deputy assistant to the secretary of Defense for counter-narcotics and global threats.

He was General Flynns DI and has ties to Nunes and Rand Paul.

His 2010 to 2014 work on countering drug trafficking, money laundering and human trafficking networks leads me to believe shit is going to get real for DS folks.

Here is the link to Peru Government web page with the published Resolution and the Annex document with the treatment info on page 16.

(Appendix) The discussion was on the release of another study as the the effectiveness of hydroxychloroquine treatment.

Here's the screenshot of the page in Peru's decree concerning COVID and treatment.

Preaching is like throwing rocks at a pack of dog's, you know which one you hit by the yelp.
Have a nice life.

TDS It really is a mental illness with folks.

(6) What's False
Trump’s financial stake in these companies is virtually negligible — contained indirectly via mutual funds — and administered through three family trusts he does not control. As a generic drug, hydroxychloroquine is unlikely to provide any one company with significant profits compared to other proprietary drugs.

(5) Just in case your TDS induced bias prevents you from checking Snopes Here's their excerpt.

What's True
U.S. President Donald Trump earns some income from three family trusts that are administered independently by J.P. Morgan, an investment bank and wealth-management firm. These trusts are in part invested in mutual funds that themselves are partially invested in companies that produce hydroxychloroquine.

(3) On page 16 "Specific Treatments For COVID-19.
I attached a screenshot of the pertinent page, but if you are still in denial I'll be happy to send you the PDF of the resolution and it's treatment Appendix.

See here in Peru it's not a political issue. It works so and saves lives which is all folks in Peru care about.

(1) TDS really is an amazing phenomenon. Here's a typical exchange with one such afflicted.