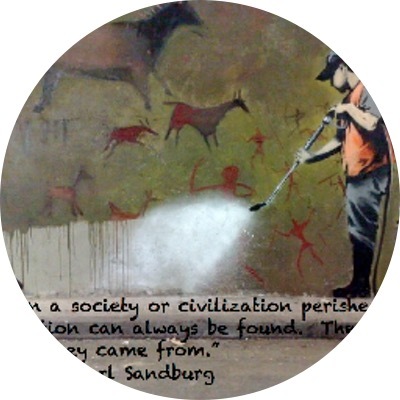 South Africa is having power outage due to not maintenance of plants. Needs new source of power.
Copied from Reuters
President Cyril Ramaphosa called the meeting after struggling state utility Eskom implemented the most extensive power cuts in more than a decade earlier this week, disrupting supply to businesses and households.

Eskom, which cut power for a ninth straight day on Friday, struggles to meet demand because its creaking coal-fired power stations haven't been maintained properly.
.

The U.S. is gaining momentum in our standoffs with China, Iran, and North Korea. So expect dangerous provocations.

Fantastic must read article (journal?) on #Flynngate. @Debradelai shines a strong spotlight on the many devils in the details.

Definitely read in a relaxed state. This took me a while and I'm still absorbing, my mind still spinning from how much I didn't know.

"But it turned out that through all of that, ultimately the biggest impediment was the modern day liberal," he said of the experience. "They were the ones who would discount all those things because they have one issue or because they have the power to caricature you."

Greta Thunberg refused to fly back to Europe from her trip to the U.S. & the United Nations, instead sailing across the Atlantic on a yacht rather than emit carbon by taking a plane.

Unfortunately for her carbon footprint though, the boat’s captain had to fly to the U.S. to reach the boat.

Nikki Henderson, the 26-year-old yacht captain of the 48-foot catamaran La Vagabonde, flew to the U.S. from Britain to sail Ms. Thunberg’s ship 3,500 miles from the U.S. to Portugal.

The CNN Special "All The President's Lies" lists Trump's lies as...

He used a sharpie to lie about the hurricane trajectory.

He lied about the amount of rain at the inauguration.

He lies about climate change.

He lies about making deals.

He lies about how great tariffs are.

He lies about how bad a trade deficit is.

He lied about how bad the Iran deal was.

And he is lying about the upcoming impending recession.

These guys must all be smoking crack.

“Once is happenstance. Twice is coincidence. Three times is enemy action.”
Ian Fleming

The Mechanics of Deception | The Illustrated Primer

“On this day in 1985, Rocky Balboa shocked the world, knocking out Ivan Drago in the 15th round.”

“Man, Trump just gets it. Someone’s gonna be browsing the Library of Congress in the future and come across this LMAO. I love watching him effortlessly troll degenerates.” From Wyatt @SayWhenLA

This video from #Iran is quite telling about the misogynist regime's oppressive security forces and how they treat women, literally dragging this lady on the ground (seen vividly at 0:49).

If a revolution to elevate education ever comes to pass, it must include the classics that informed the greatest minds.

This could be the beginning.

Trump is hogging the world's spotlight with the impeachment sham and now stories of health issues.

This allows almost everything in Iran and Iraq to happen under the radar.

MS-13 gang member was sentenced to 20 years in federal prison for his role in a brutal machete attack at a park just outside Dallas, Texas

According to court documents, Amaya-Alvarez – an El Salvadorian national in the United States illegally – admitted he belonged to MS-13, a notorious and violent transnational street gang.

#BREAKING
U.S. Secretary of State Mike Pompeo:
-We are concerned about the death toll in #IranProtests; the regime must stop repression & respect human rights
-#Iran must restore the country's Internet
-Iran is the world's leading state sponsor of terror
-Iran secretly enriches uranium
-We will prevent any Iranian intervention in Iraq
-We will use our capabilities to hold accountable those who plunder Iraqi resources

I am a fan of Japanese Geisha. I have painted many of them. This pair was one of my first.attempts. Right now I have a huge one being worked on. It is acrylic with decorative paper used for the clothing and hair.