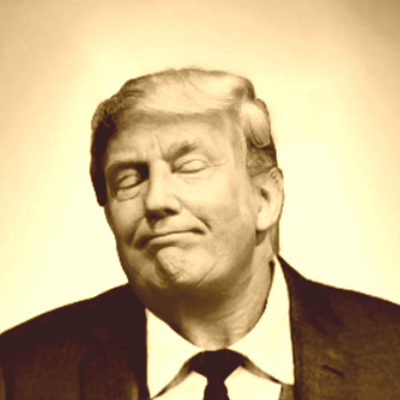 Every saint has a past and every sinner has a future.

I read a line from a @ThomasWic toot a couple months ago,
and it encapsulates EVERYTHING that has been the life-stuff in my heart, mind and sould for the past four years, since the escalator.

"If you hate Trump, it means that you yourself are evil."

I hate Google. They run commercials about how much Google can "help" people, and yet decent people with decent messages are being throttled on Google's YouTube platform.

Google, if you wanted to help humanity, don't try to throttle ideas and opinions.

Why does the media protect Jewish Senators who threaten Catholic Justices??

This was one of the signs in front of Schumer when he made his threats to Kavanaugh and Gorsuch.

@SpeakerPelosi insults Democratic voters, says they're a bunch of misogynists for not supporting PocaHonkey.

Democrats 👉 Trump must be investigated because he’s the President, even if we have to make up hoaxes to do it!

Same Democrats 👉 There’s no way we should be investigating Joe Biden - precisely because he’s running for President. Even though the case against him is devastating.

Now that there are only three candidates left, will the DNC let Tulsi debate, or will these Democrats who love 'diversity' just let the two old white guys debate while suppressing the opinions of the only woman of color in the race??

What they all seem to have in common is hating Trump (thus hating Trump supporters) and very little apparent love for America and American citizens.

This crew shows why globalism sucks and why nationalism and patriotism are so important.🇺🇸

I was reflecting on the Democratic primary season, and all the candidacies🤡 🤡 that have come & gone.

Well this is all over Twatter today ...

He said they “Will Pay the Price”
I think the FBI should pay him a visit!!

Please RT or USE this hashtag

Indonesia’s Mount Merapi volcano erupted, sending a 3.7 mile column of ash into the air and spewed more CO2 than every car driven in history.

Climate change is natural. Taxing the world into poverty isn’t the answer.

Just when you think San Fran couldn't get any more disgusting, there's this .....

Mandelman bringing bathhouses back to The City

Mark's suggestion about how Bloomie should have handled Warren was great, fifteen minutes into Rush's second hour today.

Mark Steyn: Why is Schumer still in office??

So bring the censure resolution to the floor, already!

I am no Tulsi fan, but with only Tulsi, Biden and Bernie left on the Dem ballot, if I were a Dem, I would cast my vote for Tulsi in any upcoming state's primary.

Here in NYC it is easy to inoculate kids against developing knuckleheaded views about socialized medicine. I take them with me to the Post Office, the DMV and even to the Courthouse when I apply for my jury duty postponements.

Then I tell then to look around and imagine we are waiting for their annual checkup or (even better) a sick visit.

The costs to taxpayers in non-sanctuary cities and states is proportionately higher when MORE ICE agents need to be sent to sanctuary areas to make arrests because the locals are not helping.
Taxpayers in red-city/county/state America should demand that blue-scum regions pay their fair share of any EXTRA immigration enforcement costs due to non-cooperation.

Mark Steyn is on fire 🔥 today, guest-hosting for Rush.

He's calling out Chuck Schumer AND all the so-called "moderate" Democrats AND the Senate Republicans for not dealing with Chuck Schumer properly after Chuckie painted targets on Trump's two SCOTUS appointments.

If you have a chance, re-listen to the first hour of Rush's show today.
Perhaps it's available on Rush's website for the rest of the day after the show is over; not sure, since I listen live.

Every saint has a past and every sinner has a future.