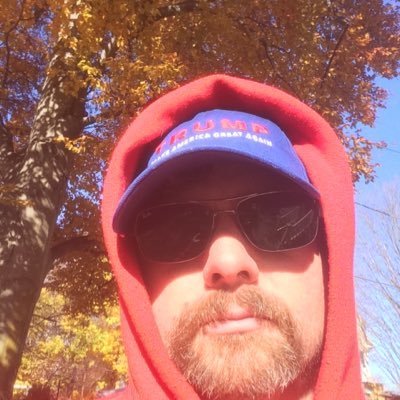 Think for yourselves.
#MAGA

1. So let's talk about Mile Bloomberg.

A man who knows he cannot win the Presidency, but who is spending hundreds of $millions anyway.

Logic: a man who is desperate.

Hope you have as much fun as we did.

One of the big issues for Bernie Sanders is prescription drug prices. Appears if elected President he'd use executive power to impose price controls on the drug companies. This is communism.

Who knows what other industries he'd try to destroy through executive orders?

A president Bernie would be a communist dictator who'd probably destroy the economy.

I see the make believe distancing between Trump and Barr as an ominous sign for the DC Swamp.

So now John Kelly is the "disgruntled former Trump staff member" of the month. The media is just too gullible.

Trump is luring the idiotic Dems to focus on it, so that the corruption of the DOJ snakes behind it and Obama judge who heard it, can be exposed.

As always, FakeNews is falling for it hook, line and sinker.

Given all the damage Obama has done, to tweet this reveals a very sick man.

Obama knows full well what went on under his administration. Rather than be honest and apologize, the coward keeps on lying.

The great news? Obama knows that Trump knows EVERYTHING.

All the Chicago huckster has left is FakeNews and fake twitter noise. Trump is like a lion, letting his enemy prey bleed out slow, until his final strike.

Big numbers for Trump in NH primary. Trump supporters are coming out of the closet. The popularity for POTUS Trump across the country is huge.

I have a feeling this is going to be a big seller on Amazon in the coming months.

Another great sendup from Meastro Ziikos!

Here goes the first of a series of Conversations between TW and yours tryly.

Hope you enjoy it!

7) My conclusion is Democrats are corrupt evil totalitarians and have done some really bad things they’re trying to cover up.

They must be thrown out of office ASAP before they do anymore damage to the country.

So get out and vote down ticket Republican. Restore law and order. #KAG2020

6) Obviously these things won’t be outlawed in this country (I hope) and this was just a thought experiment. My intent being to get into the thought process of Democrats. They really do wish this type of law exists because without it they can’t legally stop Trump from being re-elected. They hate Trump so much they’re willing to gaslight the public into believing that freedom of expression, freedom of the press and open fair elections are all illegal activities.

5) Second anyone helping the candidate get elected would be co-conspirators in committing the crime and could be charged. This could apply to doing any of the following activities involving a candidate running for election:
- Campaigning
- Fundraising
- Donating
- Posting a yard sign or bumper sticker
- Making arguments in support
- Writing articles or posting videos in support
- Reporting favourable news in support
- Of course…voting for on Election Day

4) First anyone running for elected office could be charged with violating the law.

Think for yourselves.
#MAGA