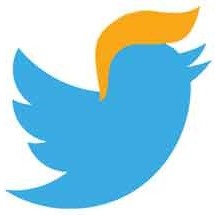 Plus they have some Rx to try.
0R

A ray of hope for WuFlu;

Chloroquine is a common anti-malarial and ought to be very plentiful...
Remdesivir is very boutique for now.
0R

Another way to track that
(either non-problemmatic or not) outbreak in China.
Multiple perspectives are good.

@wziminer @IndiaMaria ignore the embedded commie headline, read down to read the Chinese virologist predicted the epidemic ten years ago. Skip down till you see "ACE2"
https://medium.com/@realAdrianBond/coronavirus-exposed-part-1-communist-coverup-or-pandemic-bioweapon-of-mass-destruction-229ad482c0d3.

Will try to paste some snippets.
0R

@hnijohnmiller Comrade,
Any idea of when the audit request letter was sent?usually the govt gives time to comply before the named deadline, Aug 3 in this case, no?
I would guess 2weeks as the bare minimum to deliver audits for 13 huge programs.
Thank you,
0R

Rosie just reminded us that she posted these Archer/Biden accounts data back in September;
https://twitter.com/almostjingo/status/1175251604502564864
0R

"Breaking News: Pharaoh Fire Media’s Finacial Editor has reviewed the documents posted tonight by Micheal Coudrey. His analysis is as follows, all opinions are his own. Financial Pharaoh the tweet is yours.....

Hello fellow followers, I have reviewed the documents and can 1/x"

Quite the forensic examination of the 302 Strzok claimed (apparently falsely) was produced by Pientka. It appears to be the work of Strzok himself. Perjury. I know, no one is surprised.

It appears to have been forwarded to Gen. Flynn and Sidney Powell on twtr, so I am not doing it again on this forum.

Quite the article by John Solomon. It also has links to source documents.

"Trump could not have forced the Ukrainians into opening a new Burisma investigation in July because the Ukrainian Prosecutor General’s office had already done so on March 28, 2019, or three months before the call. "

@REX @drawandstrike
The amazing DawsonSField is at it again.
"So after about 3 pages of redacted information. Strzok signs his life away on this statement. Written on 08/14/17, so the August 302 was from the 7/26/17 interview by INSD on the leak about how McCabe was planning to F @GenFlynn"

This is an interactive map of the fires in CA. It also includes satellite thermal spots which could be new fires beginning and on watch.

So far we have no fires in my area so we're good. The winds are moving westerly so that leaves our air quality pretty good for now.

"Here's your chance to learn something from somebody who researched this guy."

@REX
Another fine thread by the remarkable Steve McIntyre.
He's not always right, but very skilled at 'open source' research on linkages;
https://twitter.com/ClimateAudit/status/1182625727683989505

Example;
"Cernovitch wrote a critical article about Ciaramella in April 2017. Article was removed by Medium. Archive http://archive.is/JLK0t turns up in Bing search, but not in Google search."

I think Steve fingered the odd change dates on the WB reporting forms at IGIC, etc.
HOORAY For Delete and ReDraft!
0R

@REX @Debradelai @Lonestar @EarlThePearls @retdoc
Wow, that Dawson Fields is at it again.
Incredibly bad practices of abuse of access to scooped/snooped data.

I just had a realization,
that perhaps everyone else already realized but me.

The topic; why do the bad actors so often attack their detractors, by accusing them of a (more or less absurd) synthetic version of their own improprieties?

Answer; the (morally ~comparable) countercharge converts a clear cut infraction into a 'He said, She said' tossup,
where resolution of the facts requires more time/energy than most people have to expend.
Doh!
0R

@Debradelai @REX
@ThomasWic
My wife showed me videos like this one on her phone.
Lots of enthusiastic PDJT supporters, who joyfully
make a 'prima facie' case
that he is NOT racist.
From DavidHarrisJr.com